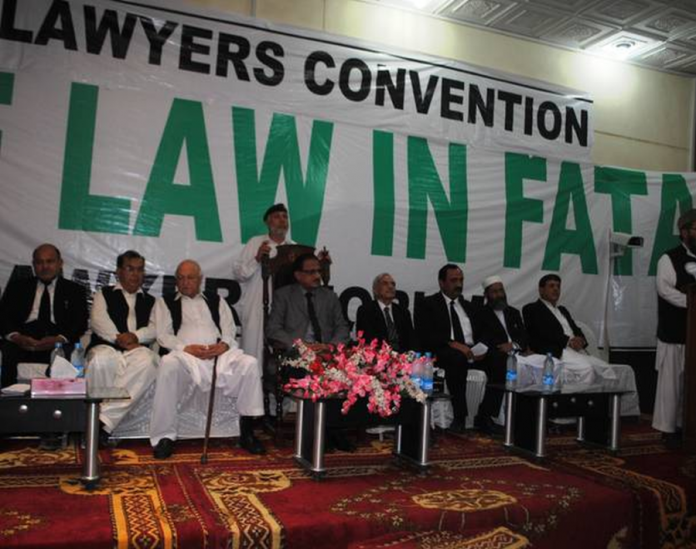 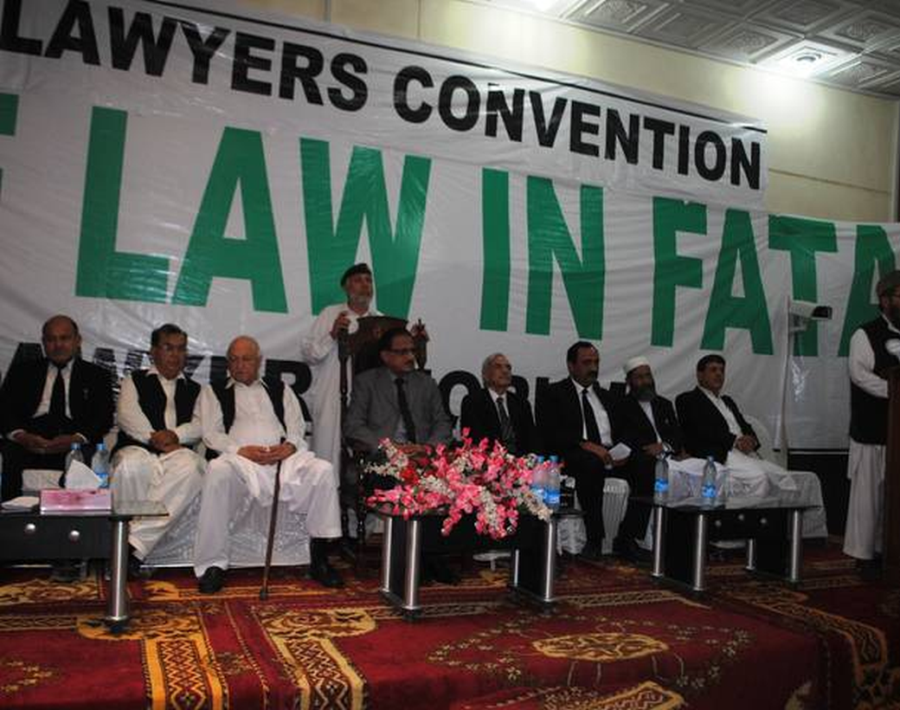 PESHAWAR, September 26: Lawyers, political workers and students of FATA region have asked the federal government to repatriate the internally displaced persons to their native areas cleared by the military in Operation Zarb-e-Azb in North Waziristan Agency.

At a seminar organised by the FATA Lawyers Forum on 25 September, the speakers asked the government to give all basic facilities to the tribal people as given to people in settled areas of the country and to amend Article 202 of Frontier Crimes Regulation.

The Frontier Crimes Regulation, aka FCR, consists of a special set of laws applicable to the Federally Administered Tribal Areas (FATA) in northwestern Pakistan. The Collective Responsibility clause of FCR allows the tribal authorities to punish a whole tribe as a result of the behaviour or crime of one or more other individuals.

The speakers also demanded a grand package for FATA IDPs and also asked the government to announce date for their repatriation.

The IDPs Association chairman, Mr Iqbal Afridi, told TNN, “The aims and objectives of the seminar were to demand equal rights for FATA like other provinces, that FATA’s elected representative should come to the front, legislate for our area and raise voice for our rights.”