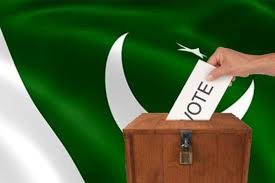 PESHAWAR, 25 April: Local Bodies elections in cantonments across the country were held today under the supervision of Army.

The polling was started at 9am which continued till 5pm. The Election Commission had set up 199 wards in 40 cantonments in the country. A total of 1150 candidates contested election on general seats.

The Election Commission added that in Khyber Pakhtunkhwa for 103 wards as many as 153 candidates were on the run. The unofficial results of the election would start coming in soon while the official results would be announced a few days later.