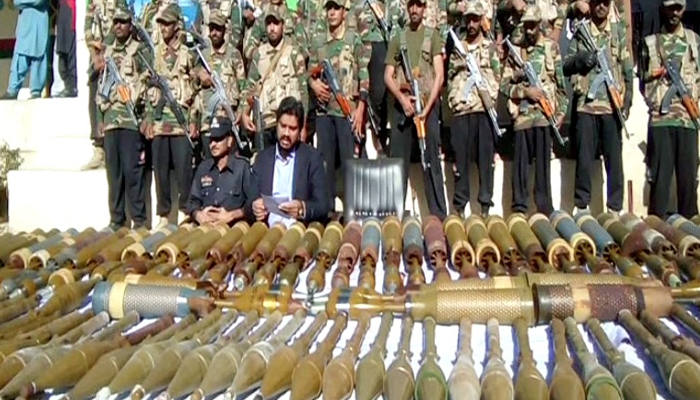 QUETTA: The security forces arrested 11 suspected terrorists and recovered huge cache of weapons, foiling a major terror bids in several operations carried out in different parts of Balochistan on Sunday.

The forces recovered four improvised explosive devices from the province’s Killa Saifullah area, security officials said, adding that a bomb disposal squad was called in to defuse the bombs.

In the Kohlu district, Levies’ personnel foiled a major terror plot after they carried out an operation against suspected terrorists in the area.

Akhtar claimed that officials had recovered a sizeable cache of weapons, including 181 shells of RPG-7 rockets, 172 RPG fuse and 80 RDS.