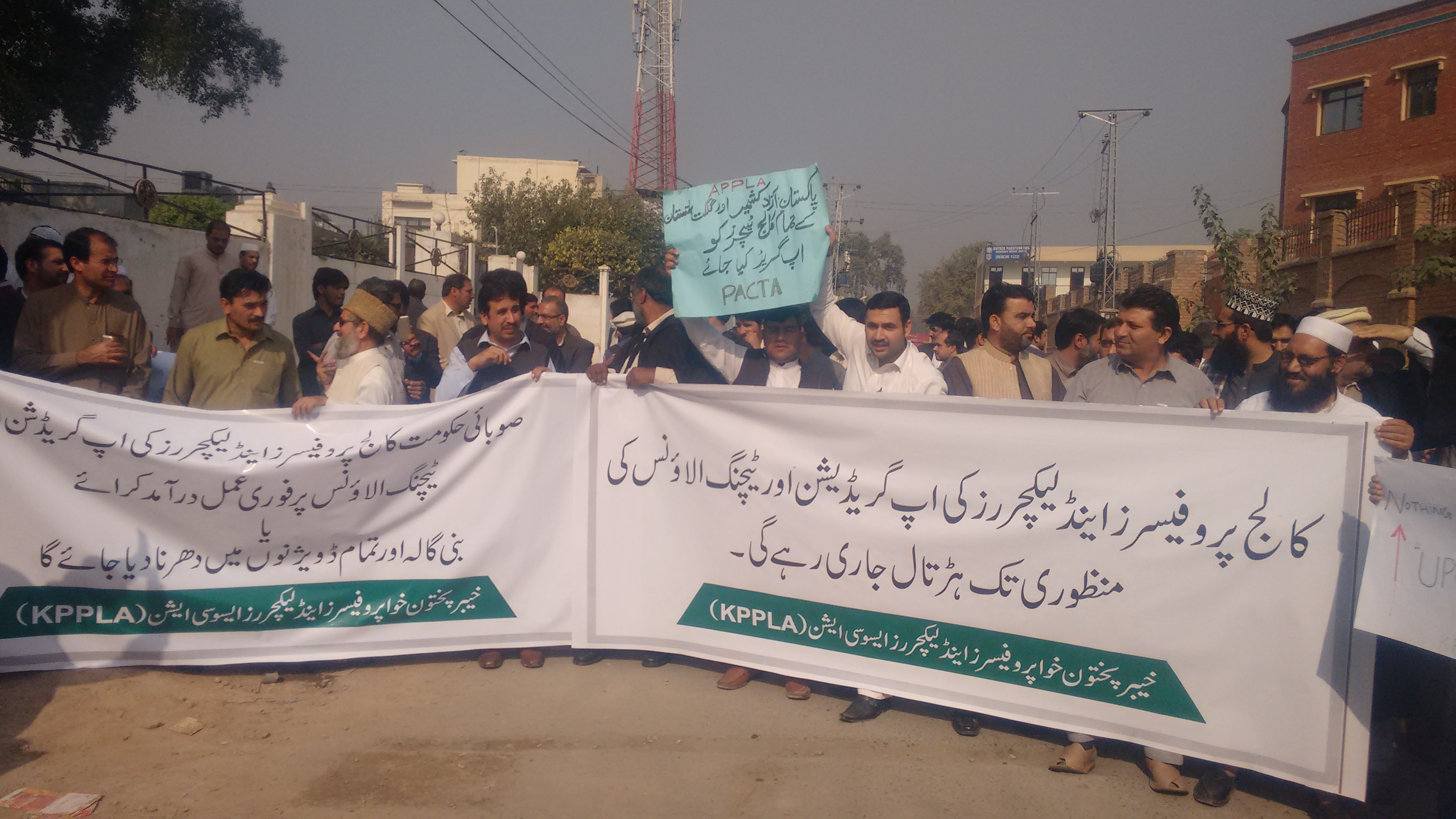 PESHAWAR, 15 November: Lecturers and professors of Khyber Pakhtunkhwa and FATA on Tuesday held protest demonstrations over not getting upgradation in their services.

The protesters who gathered in front of the Peshawar Press Club said Adviser to KP Chief Minister on Higher Education Mushtaq Ghani had promised them that their genuine demands will be fulfilled, but he did nothing so far to resolve the issue of their upgradation.

The Lecturers Association president Naseerullah Khan said a proper system for biometric attendance should be introduced. He said they would not accept the system of board of governors. He said the lecturers will stage sit-ins in KP and Islamabad if their demands were not fulfilled.

“In the first stage of protest, we wore black armbands to express our resentment after which we started boycott of classes from 11:00am to 12:00 noon. We staged protests in front of press clubs in the whole province today and will take the protest to Banigala (residence of PTI chief Imran Khan) if our demands were not fulfilled,” Naseer said. 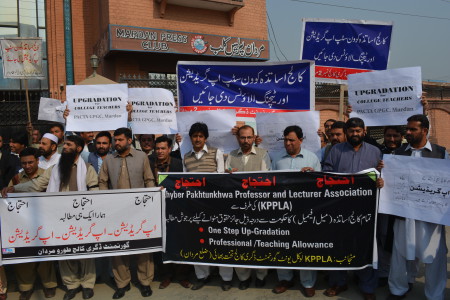 Former prime minister Shaukat Aziz had approved one-step upgradation of lecturers in 2006, but that announcement could not be implemented as yet.