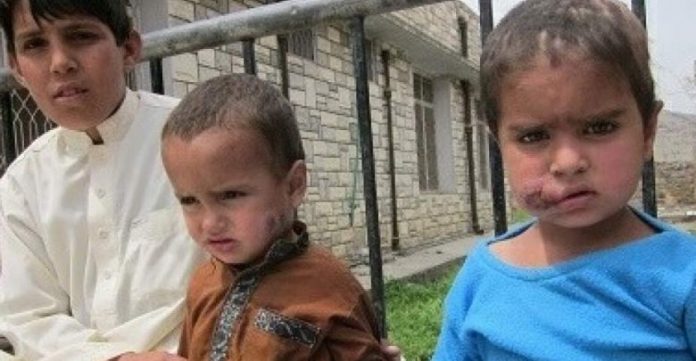 GHALLANAI: Residents of Mohmand district on Monday demanded the government of Khyber Pakhtunkhwa (KP) to ensure the availability of injection against leishmaniasis viral infection in the district.

Last Friday, the residents of Tehsil Safi also blocked the Peshawar-Bajaur Road against the non-availability of injections for leishmania despite the fact that like other parts of the tribal districts, now hundreds of people are suffering from this disease in Mohmand district.

They slammed the KP government for not taking timely action to control the outbreak as the number of patients are increasing day by day and thus even no injections against the diseases are available in the district’s hospitals.

The tribal people added that most of the people of the district are underprivileged and could not buy the injections from the market as these were very expensive. They informed that in the open market, the price of a single in the injection is Rs 1000, which is out of the capacity of the local people to purchase.

Till Friday, there were 113 leishmaniasis patients registered in Ghalanai Teshil Hospital, but according to some resource, there were hardly any injections available in the hospital. Doctors said that for every affected patients, there is a need of 10 injections to fully recover. From across Mohmand district, so far, more then 400 cases have been registered.

The Khyber Pakhtunkhwa government has requested the World Health Organization (WHO) to provide the injections to counter the leishmaniasis outbreak in the province. As per the data of the provincial government, more than 21,000 patients are affected by the skin problem during the last few months.

But the cases will rise with the rise of temperature, therefore,  the KP Government has asked the WHO to help it with the early import of 56,000 injections which are expected to reach the province during the month of April. The official said that the Pakistan Army had been treating patients in the hospitals and medical camps of tribal districts but the injections were desperately needed.