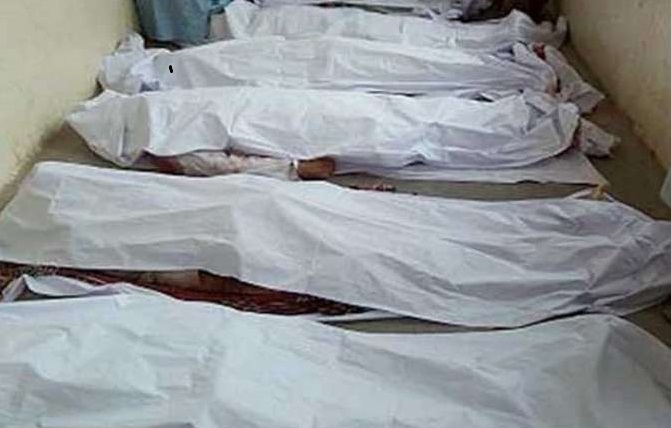 QUETTA: The security forces found five bullet-riddled bodies on Saturday from Tajaban area of Turbat district in Balochistan, the police said. The forces found 15 bodies who were gunned down and were hailing from Punjab.

The police said that locals had spotted the dead bodies and informed levies personnel after which senior police and security forces officials arrived the scene shortly. The bodies were shifted to District Headquarters (DHQ) Hospital Turbat.

Levies said that all the victims had received multiple bullet injuries and belonged to Punjab’s Gujrat district.