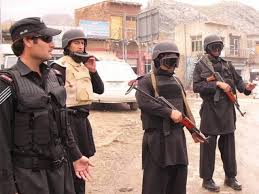 PESHAWAR, 06 November: The Khyber Pakhtunkhwa government has decided to equip Levies force with latest facilities and training on the pattern of army and police.

The provincial Chief Secretary Azam Khan has directed the relevant quarters to provide latest gadgets and equipment to the Levies personnel to streamline the force.

As per the new policy, each and every Levies post would be provided internet facility and the personnel would be required to register the first information reports (FIRs) in computer software.

The levies personnel would be imparted professional training at the Police Training Center, Hangu. Besides, they would also be educated on modern techniques of investigations and policing.

A special software and mobile application would also be established for the Levies force personnel which would have all the record of criminal elements. Special trackers would be installed in all the vehicles of the Levies force through which they would be monitored from the headquarters.

In the first phase of overhauling the force, shoulder promotions of 100 personnel of Malakand Levies are reversed and 117 personnel have been promoted on the basis of merit.