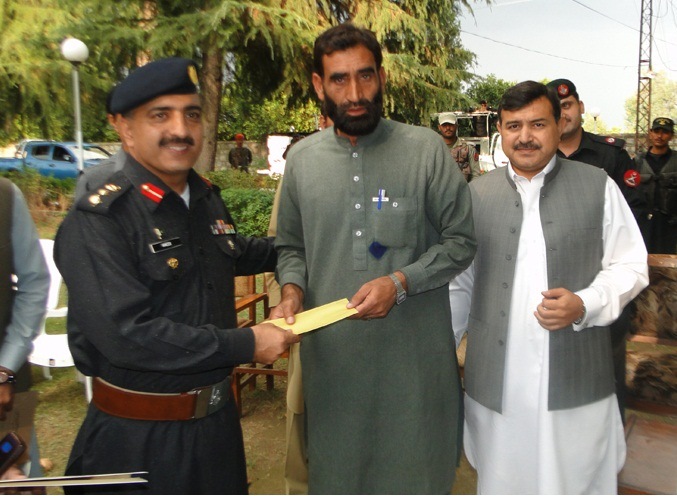 KHAR, October 29: The administration has awarded souvenirs to three polio workers and 15 Levies personnel for carrying out their duties properly during the campaign.

Muhammad Yahya Akhundzada, the political agent of the agency, awarded the workers. The winner of the first prize was given 10,000 rupees, the second and third 5000 rupees each at a ceremony in the Civil Colony in agency headquarters Khar.

He said that none of the children had been tested with polio for past 3 years in Bajaur Agency, which is due to the efforts of Levies and polio workers and also of the teachers.

After getting the award, a teacher Mr Taj Muhammad told TNN that the prize would make him more committed and confident towards his duties.

“I will strive even more in the fieldwork and I will tell others to take part in the campaign of polio eradication, because this is a kind of disease which could not be eliminated,” he added.