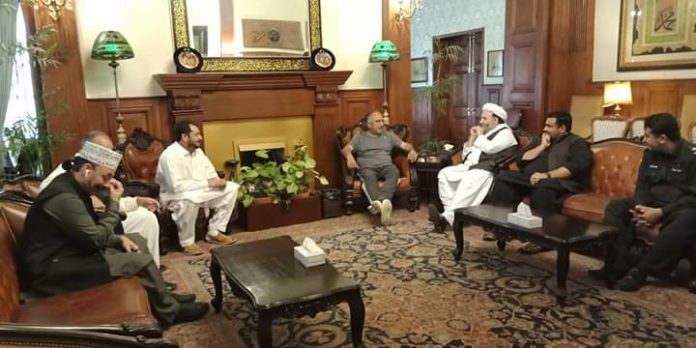 PESHAWAR: After the failure of talks with the Khyber Pakhtunkhwa government, Khasadars and Levies forces have announced that they will not end their protest just by the assurance of government and will continue their sit-in at Jamrud.

They vowed that their protests will continue until the government take practical steps and issue the notification of their job structure.

They have currently set up a camp at Jamrud, near the Baba-e-Khyber where the sit-in is in progress for the last 20 days. The representatives of both the forces conducted dialogues with Chief Minister Mehmood Khan and governor Shah Farman in the presence of Federal Minister for religious affairs Noorul Haq Qaudri and member national Assembly Haji Iqbal Afridi at the governor house, Peshawar, however, the talks couldn’t produce any results.

The Khasadar and levies forces have said that despite promises, still, the government have not issued any notification for service structure and incentives at par with KP police. They want both the federal and provincial governments to immediately announce their service structure, however, the governor and Chief Minister have assured them that their jobs will be secure. But they refused to end their protests just by the assurance and asked for practical steps.

The forces have presented a 22 point demand lists also warned that they will strongly resist; the KP police force is deployed in tribal districts without accepting their demands. Last week, When a team of police force entered Dara Adam Khel providing security to a civil judge, the policemen were pelted with stones and sticks as a result, they have to make their escape back to the Peshawar.

The Khyber Pakhtunkhwa government has already announced the names of the district Police officers for every district, however, they cannot take charge due to the opposition of the Khasadars and Levies men.

The Levies and Khasadar personnel several tribal had districts boycotted duty during the anti-polio campaign. The decision was made in a meeting of the core committee of both the forces in all merged district.  They vowed to continue the boycott until acceptance of their demands.