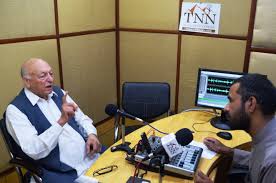 PESHAWAR: Eminent lawyer and expert on tribal affairs Latif Afridi says a huge responsibility lies on the newly integrated Khassadar and Levies personnel to set an example of good governance.

“The new DPOs, Khassadars and SHOs in the merged districts will set a wrong precedent if they unnecessarily used force against the tribespeople or failed to eradicate corruption and malpractices. However, they can also make history by setting example of good-governance and public service if they worked sincerely,” Latif Afridi said in an interview with TNN.

The eminent lawyer said exact details as to who will be inducted in the tribal police are not available as yet. “No qualification has been outlined for subedars and naib subedars who will now become sub-inspectors and assistant sub-inspectors of police. Those having higher grade than the subedars may be inducted as inspectors. But they must be qualified for the job to justify their induction,” he said.

The legal expert said there were no policemen or police stations in Malakand and these things have arrived there recently. He said the government can also take advantage from its experience in Malakand. However, he said, the government’s letter for merger of Khassadars and Levies with KP Police is very weak and vague as according to it, the chief minister ‘desires’ induction of Levies and Khassadars in Police. “It is a legal matter, not about someone’s wish,” he pointed out.

Latif Afridi mentioned that a martial law regulation was issued in 1971-72 which stated that all the employees of the tribal areas will be provincial employees, however, they will work under the federal government on deputation. “The chief minister cannot escape from the situation as these employees are already provincial employees in that sense. Now the government must focus on proper physical and psychological training of the merged employees. Those who are weak physically or mentally must be compensated in shape of inducting their close relatives on their seats. It will benefit the provincial government and will be a historic achievement for the chief minister as well,” he said.

The legal expert said currently there are no police stations, moharrars or other police staff in the tribal districts. “It’s just a beginning and mistakes are bound to happen,” he said.

He also urged the need for respect to the Jirga system.

“I was also invited for my input and I advised them to eliminate the culture of corruption and make sure that cases in the court do not remain pending for so long. I also advised the government to maintain the status of Jirga decisions which were accepted by all parties. The cases settled by the Jirgas several years ago must not be re-opened,” he emphasised.