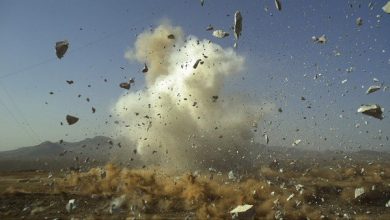 Deputy Commissioner, Khurshid Alam said that the blast occurred close to a Levies check post, near Pak-Afghan border, in Arandu area early in the morning due to which a Levies official, who was identified as Javed, died on the spot.

The deputy commissioner said that preliminary investigation revealed that it was an Improvised Explosive Device blast. However, he added that further investigation is being conducted into the blast. No injuries were reported in the attack. Alam further added that security forces have cordoned off the area for a search operation but so far no arrested is made.

BAJAUR: A total of 26 persons were arrested by the district administration after a clash over the ownership of forest land, Haji Tor Gul, an elder of Utman Khel tribe said while addressing a press conference at Bajaur press club on Saturday. 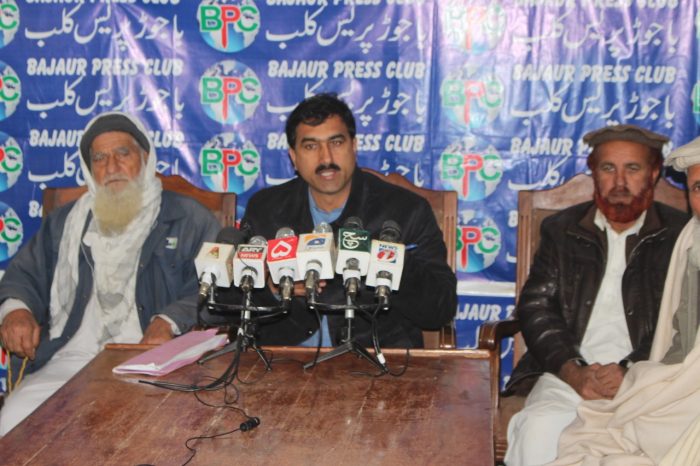 Gul added that 20 other persons of their tribe are still missing. He asked the administration to make prompt efforts for the recovery of missing persons and help the tribesmen to resolve the dispute without any bloodshed.

Other elders including Umar Rahman, Gul Mala Jan, Tajbar Khan, Zigror Khan were also present during the press conference. Tor Gul went on to say that when they took the issue to the district administration, they replied that at present they have neither Frontier Crime Regulations nor any other civil law due to which they cannot take any action to resolve the issue.

However, the tribesmen alleged last night, when both the sides opened fire on each other, the administration came into action and arrested 26 persons while 20 others are still missing.

“When there is no law exists, then under what law, they’ve made such arrests,” questioned Tor Gul. The tribesmen asked the DC Bajaur Usman Mehsud to release them and resolve their dispute amicably otherwise; the government and the administration will be responsible for any loss if both the sides clashed again.