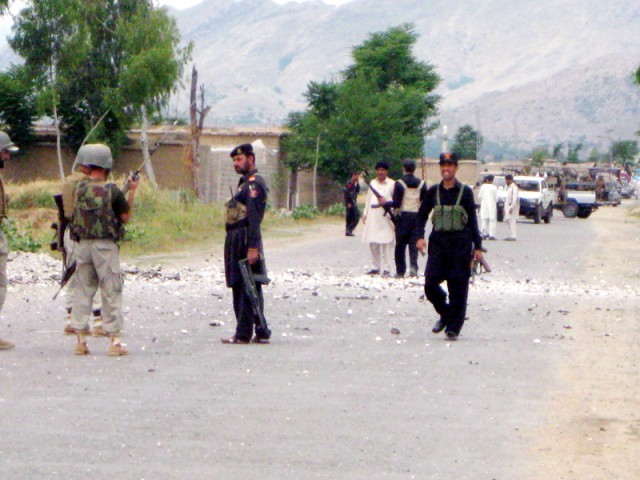 The officials said that Levies personnel were conducting search operation in the area when they were hit by a planted device. Resultantly, Muhammad Zada sustained injuries who rushed to Khaar headquarter hospital for medical aid.