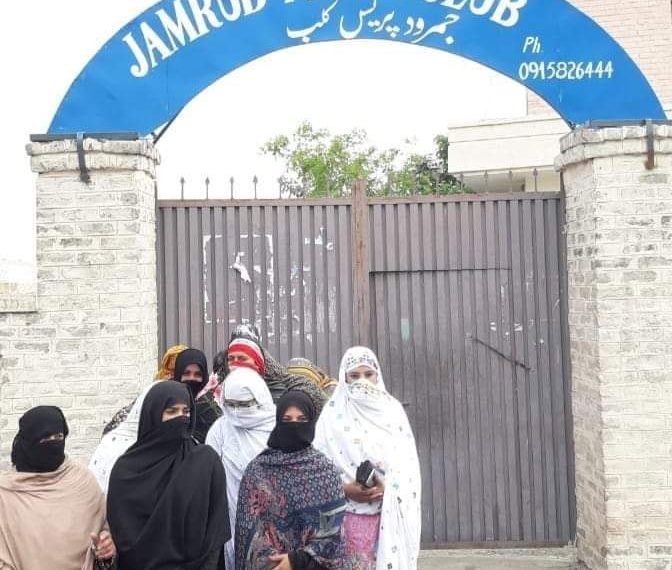 JAMRUD: The lady health workers (LHWs) of Jamrud tehsil of Khyber tribal district on Saturday staged a protest demonstration over not receiving their salaries.

The protesting health workers held a rally from Tehsil Headquarters Hospital to Jamrud Press Club and held a demonstration there. The lady health workers were carrying placards inscribed with slogans against the Health Department and Unicef.

The protesting women said their salaries have not been paid for the last four months, while the Health Department and Unicef have turned a blind eye towards the situation. They said their difficulties are increasing with the passage of time as they cannot pay the school fees of their children and other basic necessities at home. They said they raised the issue with concerned authorities several times, but no one resolved their problem, after which they were left with no option but to stage protest.

Health officials are taking duties from 150 lady health workers of three tehsils of Khyber district in all the polio vaccination campaigns, but they have not been paid remuneration for the last four months. The protesting women said they are performing duties under very difficult circumstances as there are still security challenges in the area. They said despite their honest duties and showing best results in the immunisation campaigns, they are not given their salaries, which is unjust.

The health workers pointed out that the officers of the immunisation campaigns are regularly receiving their salaries in time, but the lower staff, which works hard to go to every door to ensure vaccination to every child, is kept deprived. This situation has led to severe disappointment among the lady health workers and many of them are considering quitting the job.

The health workers said they will stage a sit-in for indefinite period if their pending salaries were not paid within a week.

Few days ago, the LHWs of the whole Punjab province staged a long sit-in in Lahore to pursue their demands. The government finally formed a committee to look into their demands.