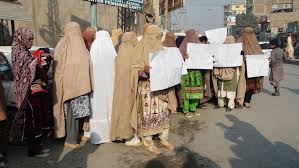 GHALLANAI: Salaries have been paid to the lady health workers of Mohmand tribal district after a gap of one year.

The LHWs working in the remote health centres of Mohmand Agency were not paid their salaries for the last one year against which they had staged several protests. The LHWs said they were facing a lot of hardships due to stoppage of their salaries. The deputy commissioner of Mohmand took notice of the matter and directed the Health Department to pay salaries to the women health workers without further delay.

The administration says the payment of one-year salaries to the LHWs has been initiated ahead of Eidul Fitr. The health workers and social circles of Mohmand district has appreciated the administration for resolving this issue.