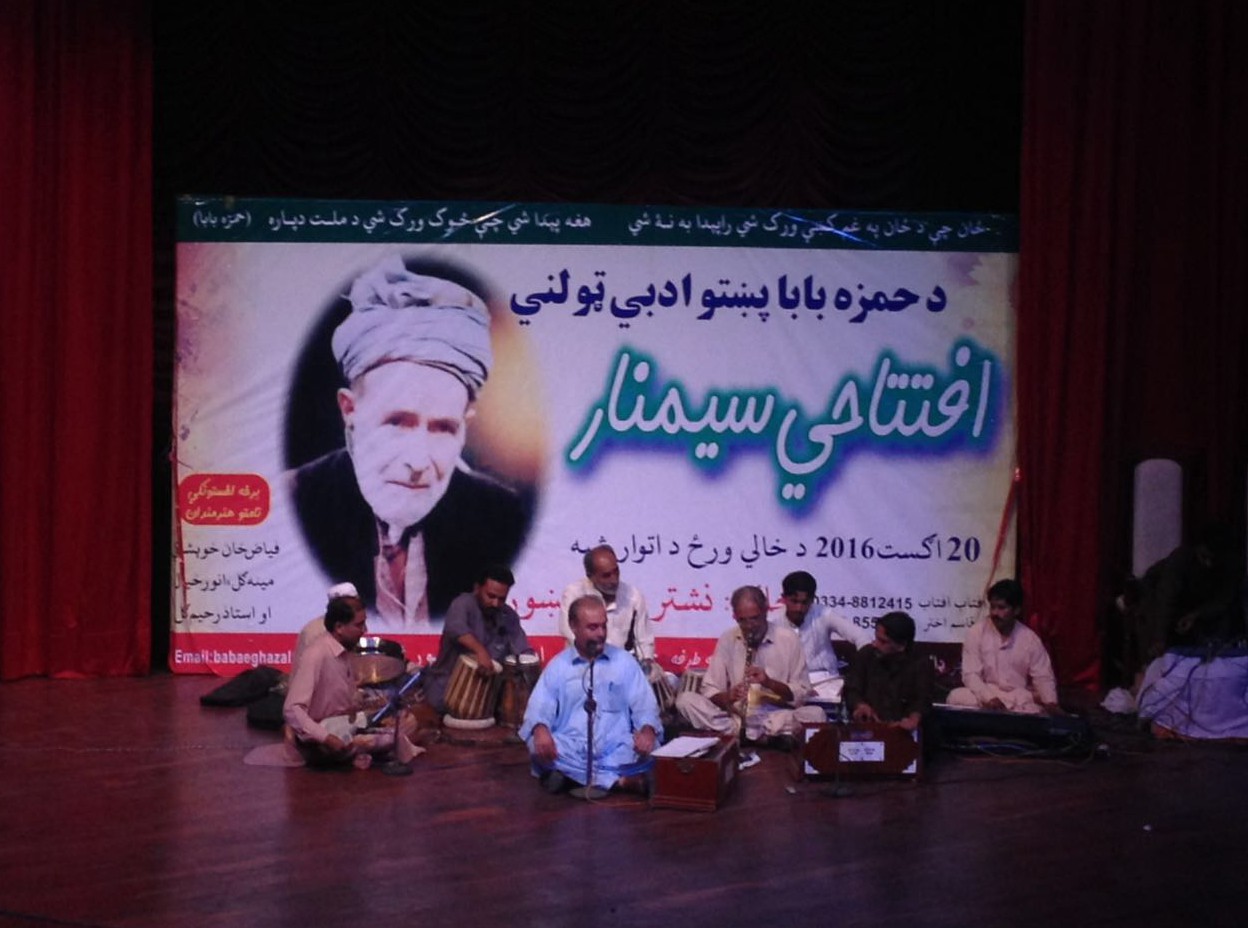 PESHAWAR, 21 August: To promote the thoughts of renowned Pashto poet Ameer Hamza Khan Shinwari, a literary organization ‘Pashto Adabi Tolana’ was founded during a seminar held here the other day.

Noted poets, literary figures, intellectuals and academicians attended the seminar and paid glowing tributes to one of the great poets of Pashto language.

They said Hamza Baba had a dynamic personality. He was not only a poet but he also proved his metal as dramatist and short storywriter. Besides, he had also expertise in the field of traditional medicine and psychology.

Highlighting the objectives of the literary organization, the founders said that they would continue their efforts to promote Hamza Baba’s thoughts and philosophy and bring out the unpublished books of the great poet.

“We will undertake a research to bring to the fore different aspects of Hamza Baba’s life which are still not known to a large part of population,” said Dr. Masood.

Samina Qadir, a poetess of Pashto language said it is high time to inform our younger generations from the thoughts, services and contributions of our legends and heroes.

“People like Hamza Baba are our pride and heroes. We need to communicate to our new generations about these personalities,” she said and suggested that a special subject should be included in the curriculum to keep these personalities alive in the memories of our youth.

The seminar concluded with a musical session during which melodious vocalists sang poetry of Hamza Baba and received warm appreciation.