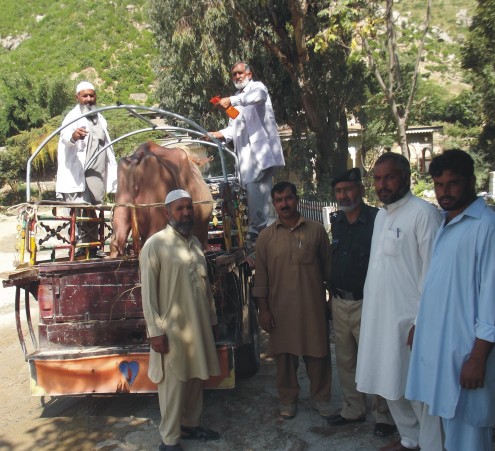 DAGAR, September 16: The Livestock Department in Buner district has started spraying cattle being brought from other areas to the district to contain Congo virus and the campaign will continue till Eidul Azha.

The Livestock team in-charge Mr Akhtar Ali told TNN at the Ambela checkpost that Congo virus is transmitted from animals in to humans and till now the disease is not curable.

He added that sprays would be done on pet animals of local residents and that they were trying to raise awareness among locals about the virus.

“I appeal to people to spray their animals to prevent the Congo disease,” he added.