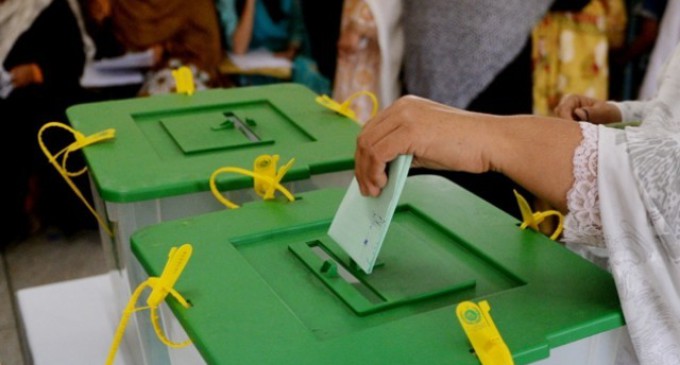 PESHAWAR: The Khyber Pakhtunkhwa government has decided to hold local government elections in the province on September 15.

The provincial cabinet endorsed the decision on Wednesday which was announced by Chief Minister Mahmood Khan. The chief minister said the decision of holding local government polls was important step to transfer the powers to grassroots level. He said the KP government was committed to delegate the decision-making powers to lover level.

Mahmood Khan also directed the cabinet to increase of stipend for Khateebs (prayer leaders) in the province. He said the cabinet would meet each Tuesday to thoroughly discuss major draft legislations in the best public interest.

The cabinet formally approved the Probation and Parole Act-2020 to ease out the conditional release of imprisoned people on misdemeanors and after release on parole, these would be given training and physiological treatment to make them useful citizens of the society. This is being practiced throughout the world.

The cabinet agreed to set up Water Commission and Water Regulatory Authority for efficient water resource management in the province.

Merger of PITE and RITE

The cabinet agreed to release supplementary grant of Rs3676.842 million for the extension and rehabilitation of oil and gas producing districts. It also approved the merger of “PITE and RITE” established for the teachers’ training to a full-fledged directorate of professional development in order to impart both in-service and pre-service professional trainings to the teacher on modern lines.

The cabinet formally approved a uniform system of education in the province, and the chief minister directed to incorporate local languages such as Pushto, Hindko, Saraiki, Gojari, Kohwar and others in the new curriculum. The new curricula should give importance to the Islamic values and ethics. The new uniform system would bring uniformity in the public and private schooling system.

The cabinet approved the Rules of Khyber Pakhtunkhwa Youth Development Commission and agreed to release Rs100 million grant to each authority to run the affairs of Kalam, Kumrat and Kalash Development Authorities. The chief minister directed to include Malam Jabba area in the authority.