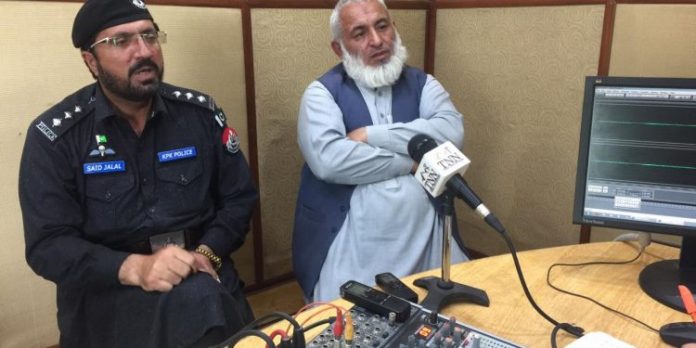 PESHAWAR: Said Jalal Wazir, Head of Levies and Khassadars negotiations committee, says local people will be appointed on all the new police posts in the tribal districts.

This he said in a panel interview with TNN along with social activist Dr Saboor Afridi in the ‘Badloon’ programme.

“The efforts of the provincial government for Levies and Khassadars are not hidden from anyone. The prime minister had come to Khyber district few days ago and had announced merger of Levies and Khassadars in police. The chief minister also held a press conference to announce the development and then issued a notification. The process is underway and I am hopeful that about 28,000 personnel from tribal districts will be adjusted rank-to-rank in KP police within the stipulated period of six months,” Said Jalal said.

Said Jalal said he has been awarded the rank of DSP for which he is very happy. “I am also grateful to the corps commander for giving us time to listen to our grievances. He extended full cooperation to us and assured us that we will be treated fairly,” he said.

Said Jalal said the Levies and Khassadars handled the law and order issues under the previous governments.

“Off course, one needs to get hold of things whenever he gets a new assignment. It is like learning the driving skill if someone gets a new vehicle and wants to drive it first time. The personnel from the existing force must be sent for training. The educated security personnel of the tribal districts must be given opportunity to serve their people. After merger of the existing force of 28,000 personnel, the new personnel must be appointed on tribal basis according to the local norms and traditions,” he said.

Said Jalal said all demands of Khassadars and Levies will be met gradually. However, he said, their main demand was about induction of all the 28,000 tribal force personnel within a timeframe.

“No new inductions will be made before induction of the existing personnel. The second main demand was rank-to-rank induction to maintain status of the Levies and Khassadars in the tribal districts which they enjoyed earlier. Some people are still expressing apprehensions, but I am hopeful of positive results,” he said.

To a question about the status of the action committee, he said the committee is here to stay till 2030.

“We will hold monthly meetings to make sure that the tribal culture and traditions are protected. We will endeavour to win the hearts by giving due importance to the local Jirga system and other Pakhtun traditions,” he added.

Dr Abdul Saboor while taking part in the discussion said the objective of the merger process will be realised only if tribal forces, from a sepoy to a subedar major, get the equivalent ranks in the KP Police. “It will not be easy for the KP government now to turn away from this pressing issue as Levies and Khassadar forces are a reality and they are very organised. Their countless sacrifices cannot be overlooked,” he said.

Abdul Saboor admitted that Khassadars are not highly educated. “They may be assisted by additional SHOs from the proper police force in their working at the police stations. However, they are not totally illiterate and they know the dynamics of the security matters and resolution of disputes and handling crimes. I have also seen highly educated people in Levies force who are capable of doing police work quite efficiently,” he said.

Abdul Saboor said the tribal youth deserve relaxation in upper age limit and education qualification for jobs. “The matriculation certificate of a tribal person must be recognised equal of a Bachelor’s degree or at least intermediate certificate,” he argued.