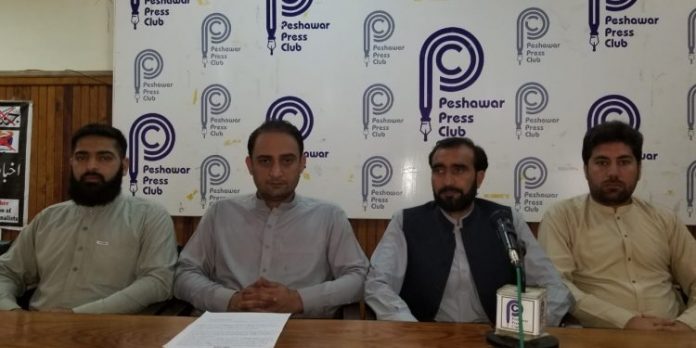 PESHAWAR: The people of Orakzai tribal district have demanded appointment of local staff on permanent basis in the Meshti Headquarters Hospital.

Local notables Malik Saeedullah Orakzai and Waqas Orakzai said while addressing a press conference at Peshawar Press Club on Tuesday that injustice with the educated and jobless youth of Orakzai tribal district will never be tolerated.

They said non-local staff has been appointed in all the non-governmental organisations (NOGs) working in Orakzai which is unjust. They said the local educated youth have the first right on these jobs and they will get this right through protest if the authorities failed to act. The notables also pointed towards the use of substandard material in construction of roads in Orakzai and termed it a mockery with the local people.

The area notables demanded the government to hand over the Meshti Hospital to the civil administration and appoint local people there on permanent basis. They said the problems of electricity and other issues must also be resolved in the hospital to facilitate the patients. They also demanded appointment of local youth in the NGOs.

They said they will approach the court if their genuine demands were not accepted.

District Education Officer (DEO) Khyber tribal district Jadoon Khan Wazir has said the target of enrolment of 110,000 new children in the schools was achieved last year and this year even more students will be enrolled.

The DEO said while talking to local media persons that the district education department has been successful in creating awareness among the parents about the importance of education. He said he regularly visits different schools in Khyber district to ensure that all of them work with dedication. He said his team members also conduct surprise visits to different schools for the same purpose.

Jandoon Wazir said the education department is also giving due importance to co-curricular activities, and in this regard, an inter-school sports gala was organised recently, which was an enormous success. He said sanitation and plantation campaigns were also carried out in schools.

The DEO said the curriculum books have been provided to all the schools to ensure initiation of new session in time.