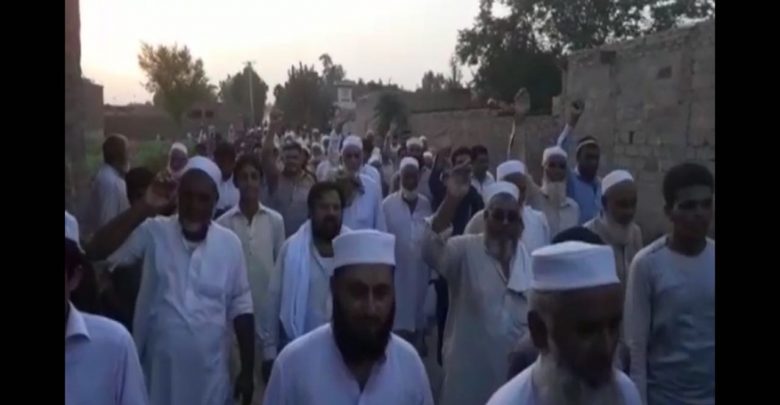 DI KHAN: People in Dera Ismail Khan on Sunday took to roads and staged a protest against police for not arresting culprits in Sharifan Bibi case.

The culprit allegedly paraded a 17-year old girl naked in streets of her village in DI Khan to settle score with her brother last year.

The protesters alleged that police were shielding the culprits as the main accused identified as Sajawal could not be arrested thus far despite Chief Justice Supreme Court of Pakistan had taken a suo moto notice.

Sharifan Bibi and her mother also joined the protest who alleged that eye-witnesses were receiving life threats from unknown people.

The protesters threatened to set up a protest camp outside Supreme Court if the main accused was not arrested and appealed CJP to take notice of police connivance with culprits.