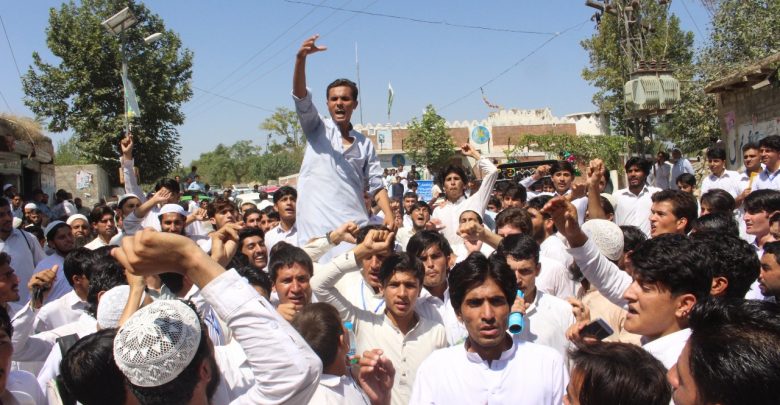 KHAR: Local residents, members of civil society and leaders of various political parties during a protest demonstration have demanded of security forces to vacate  Barkhlozo Degree College which has been taken over by them  three years ago.

The protesters gathered at Umaray chowk demanding the local civil and military leadership to vacate the college for educational activities.

Since peace has returned to the area, therefore deployment of security personnel should be removed from the college, they argued.

They said that the district administration promised to get the building vacated but the promise was yet to be fulfilled, forcing them to stage a protest. The protesters said there was no other building where students could take their classes.

According to education department data which is available with TNN,  shows seven educational institutions in Bajaur are laying closed due to staff shortage or occupied by security forces for security readons.