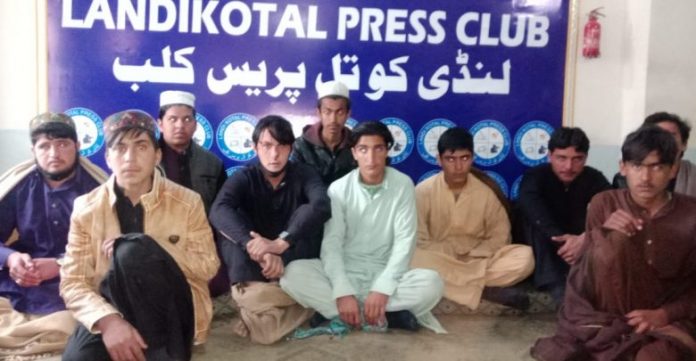 LANDI KOTAL: Students of Loe Shalman has asked the government to take action the headmaster of Wali Muhammad Kor School for wasting their academic year as despite submitting the exam fee, they’ve not received roll no. slips from the board.

Nasirullah, Khalil Ullah, Wajid Ullah, Hazarat Ullah and other students were present during the press conference at Landi Kotal Press club on Thursday. They added that 15 students of the 9th and 10th class submitted Rs 2200 each an exam fee with the headmaster of the school, however, when the exam date announced, they were told that the concerned school has not sent their admission fee to the board due to which they cannot appear in the exam.

They said that there are five ninth class students while 10th grad students who have been left deprived of appearing in the exam due to the negligence of the school officials. They requested the government to take action against the concern schools and provide them with the chance to appear in the exam so that the academic year may not be wasted.

The students asked for strict action against the headmaster of Wali Muhammad Kor School for wasting their academic year. They have accused the headmaster of the school of willingly avoided to submit the amount to the Board, therefore he should be brought to justice. The student warned that if they were not given a chance to appear in the exam, they will stage protest outside the governor house and Board of intermediate and secondary education, Peshawar.

Yesterday, the elders of Loy Shalman in press conference asked the authorities to open Shalman to Warsak, Peshawar road. They have said that Shalman is just 20 kilometre, however, due to the closure of the road, they have to travel for almost 100 km to reach Peshawar via Landi Kotal, which is an injustice with the tribal people. The elders maintained that there is no proper educational, health and other facilities of life available in Loy Shalman area of District Khyber.