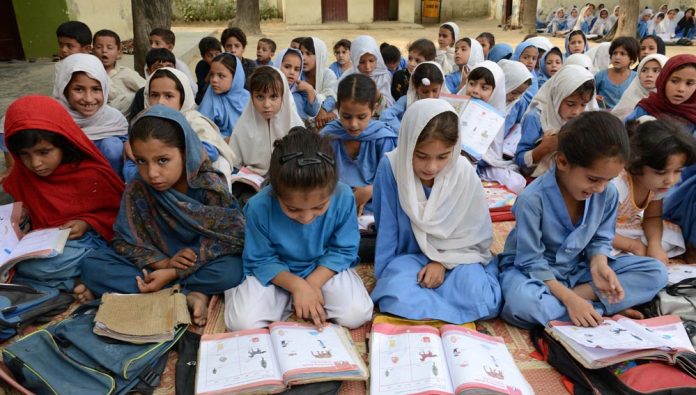 Aneesa Mukhtiar, 33 and a resident of the Nowshera district of the Khyber Pakhtunkhwa (KPK) is the mother of five daughters. She is very eager to educate her children but she is faced with a problem, the area school is too far away from her home and she cannot permit daughters to walk alone due to the unsafe situation in the surrounding.

Aneesa’s predicament is not unique, rather, parents in many parts of urban Pakistan also face the same dilemma. In many areas schools are not located within walking distance which discourages parents from sending their children to faraway schools. The situation is even worse in rural parts of the KPK province where schools are remotely located and transport is too no available.

“Nearest government school for girls in our area is about a 30-minute walk and we cannot allow our daughters to go to school due to our concerns about their safety on their way to school”, says Aneesa.

According to the United Nations, a half-kilometer increase in the distance to school would likely decrease girl’s enrollment up to 20 percent in Pakistan.

Education holds significant importance in the lives of girls, ultimately leading to more equitable development, stronger families, and better child health. There is also one of the most famous African proverbs about women’s education is that “if you educate a man, you educate an individual. But if you educate a woman, you educate a nation” Educated women who become mothers are more probable to send their children to school, passing on and multiplying benefits.

Khadija Khan, a businesswoman, from Nowshera opines that an educated woman knows how to raise her voice and deal with different minds of people to fight for her rights. “The men think before committing violence upon an educated woman because they know that she would not digest the mistreatment which bars them from abusing her,” says Khadija.

Women make more than two-thirds of the world’s 796 million illiterate people. Pakistan education statistics show that the overall literacy ratio in Pakistan is 46% in which the female literacy rate is about 26 %.

Pakistan is a clear example of a country that has been struggling to achieve gender equality in education. The question that why females are facing numerous challenges while attaining education or why half of the females in Pakistan are still having no access to education? Firstly girls have not been encouraged to get an education in the rural or somehow in the urban areas as well.  But things are changing now and to some extent, men have started thinking more openly and becoming aware of the importance of education and supporting education for their daughters.

“Even those parents who have not educated themselves now understand that the better future of their daughters only depends on providing them better education,” says Aneesa Mukhtiar.

But even when parents are willing to send their daughters to schools, other roadblocks can derail their aspirations. For many parents, the biggest hurdle in sending their children to school is poverty. Farah Shafiullah Khan, a mother of two from Nowshera has the desire to send her children to school but she couldn’t because she cannot afford the daily expenses of private schools. “There is a school nearby, but there is always this demand for money in private schools for things like books and stationery. Every day there is a new expense” says Farah.

Girls and boys have an equal right to quality education and learning throughout all phases of their lives. Education is a basic human right, yet persistent inequalities in education cripple the lives of millions of women and girls worldwide. Empowering women means empowering societies as a whole. According to the World Bank, giving girls access to education is a central part of eradicating global poverty. The United Nations Sustainable Development Goals, SDG 4, also calls for gender equality and quality education for all by 2030. Providing equal education to girls and boys is one of the strongest foundations for lasting peace and sustainable development.