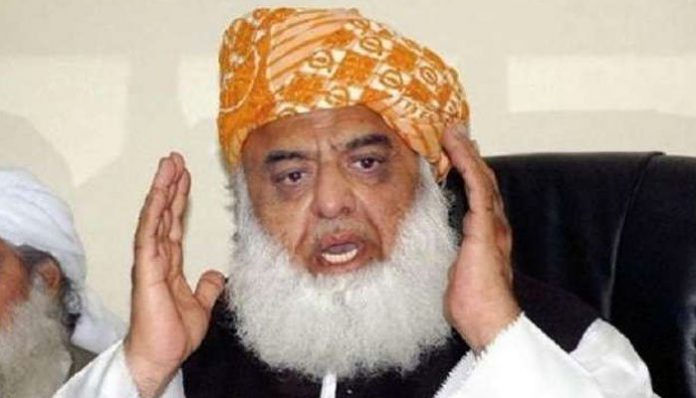 According to JUIF sources, during the meeting, plan for Islamabad lockdown will be finalized and after that, JUIF will hold a big rally in Azad Kashmir Muzaffarabad on October 19th. In Islamabad set in, the JUIF will demand the resignation of the Prime Minister Imran Khan and conduct of new elections in the country within three months. The JUIF leadership announced that their sit-in will continue until the PTI government resigns.

The Jamiat Ulema Islam had started preparations all over the country to make the sit-in a success. In this regard, the JUIF Majlis-e-Amala has made a series of visits to organize and prepare the workers and the people in all the provinces including the tribal districts. In addition, various committees have been set up for arrangements and motivating party workers at district levels. The JUIF tribal district head has set the target that they will take 500,000 protestors to Islamabad from Tribal districts.

Maulana Fazlur Rehman has also begun approaching the political leadership of all the opposition parties in the national assembly including the Pakistan People’s Party (PPP), the Awami National Party (ANP) and all other opposition parties have been asked to join the protest against the government.

Maulana Fazlur Rehman has contacted Asfandyar Wali Khan, chief of the Awami National Party and Aftab Ahmad Khan Sherpao, head of Qaumi Watan Party to join him in the protest, according to the party’s Sources. It was decided to contact Bilawal Bhutto Zardari, Mahmood Khan Achakzai, Sirajul Haq and Hasil Bazanjo after Muharram al-Haram. JUIF has already announced that Nawaz Sharif has sent a message of support to Maulana Fazlur Rehman for his protest movement against the PTI government.