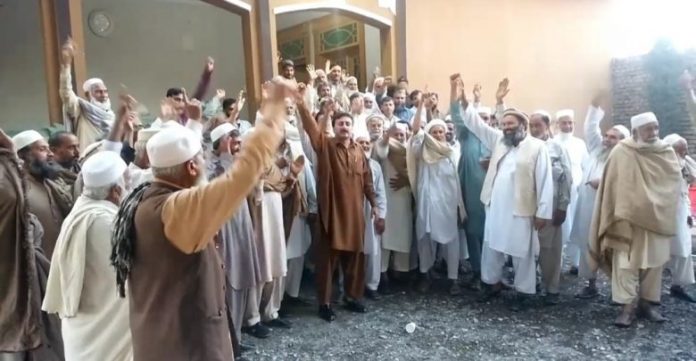 PESHAWAR: The Regi Qaumi Ittehad has so far held eight meetings with Deputy Speaker Khyber Pakhtunkhwa Assembly Mehmood Jan and 12 meetings with police officials to find a peaceful solution to the land dispute in the area.

The inhabitants of Regi villages are in a dispute with Orakzai tribe over the ownership of the land for the last 35 years. The Regi Qaumi Ittehad member Dr Hammad said while talking to TNN that the provincial assembly had made a decision in 2006 according to which the disputed land was to be divided into two parts – one for Orakzai tribe and other for inhabitants of Regi village. He said some persons in Regi without taking the local population into confidence sold the land in 2014 which crated great disappointment and resentment among the people. He said the local elders held several protests over the issue and also staged a sit-in on the disputed land. Several participants of the sit-in were booked under 7-ATA.

Regi Qaumi Ittehad was formed in 2006 for the purpose of social work and finding peaceful solution to the long standing land dispute. There are a total 103 members of the body and 16 of them are in the decision-making positions.

Dr Hammad told TNN that SP Shafiullah Gandapur played important role in bringing back the parties to the dispute to the talks. He said Deputy Speaker Mehmood Jan also formed a Jirga comprising notable elders to resolve the dispute. He claimed that when the Jirga did fresh measurement, it turned out that the actual land was 100 acres more than the previous measurement.

The Qaumi Ittehad member said the people of Regi were deprived of their money in this way and some outsiders were also paid the money who were not the actual owners. He thanked the deputy speaker who formed a Jirga which ensured measurement of the land again and the villagers got 100 acres more land. He said the issue of unjust distribution of money is also under consideration and this issue will also be resolved.