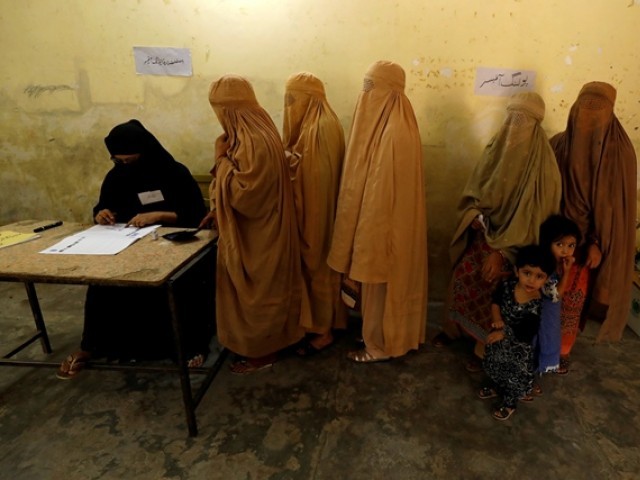 PESHAWAR: The Election Commission of Pakistan (ECP) has nullified election results of village councils in four districts over low participation of women in the voting process.

The ECP took the action after less than 10 percent women participated in the voting process in the village council polls in Swat, Shangla, Battagram and Buner. Local government by-polls in these districts were held on 23 December, 2018.

According to the Elections Act 2017, voting would be termed void if the ratio of women voters is less than 10 percent. According to a notification of the Election Commission, the village council polls will be organised again in these districts on 5 March.

In the general elections of 25 July, 2018, election on PK-23 Shangla was declared void by the electoral body over low turnout by women voters. Sitting Khyber Pakhtunkhwa Information Minister Shaukat Yousafzai had won that election, but he had to go to the electorate again over the women voting issue. The pleas of winning candidate to the ECP to relax the rule for the said constituency keeping in view its conservative background were ignored. The polls were held again in the constituency and he returned successful again.

In the 2013 elections, elections were declared void in Lower Dir over barring women from voting. Elections were held again in the districts and women were allowed to vote.

In the by-elections held in six districts of KP in October last year, the ECP expressed satisfaction over the women turnout. The ECP said more than 10 percent women participated in the voting process. It said the highest voter turnout was recorded in Dera Ismail Khan which was put at 33 percent.

The women were encouraged to vote as the candidates knew that all their campaigning will go in vain if the women turnout remained low than the required limit.