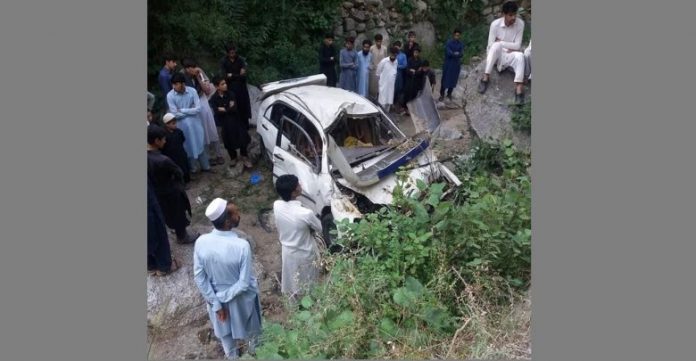 LOWER DIR: Sajjad Khan, a local cricketer killed in a car accident in Lower Dir district of Khyber Pakhtunkhwa while four persons, including his wife, were injured in the accident in Tarpatar area of the district on Sunday.

According to TNN correspondent, Sajjad Khan, was going to Ashrai Dara in his car, which was a part wedding ceremony. But near Tarpatar area, he lost control over his vehicle and it fell into a deep ravine. As a result of the accident, the cricketer lost his life on the spot while four persons, including his wife, were injured.

The injured were shifted to District Headquarters Hospital, Timargara. The news of Sajjad Khan’s death spread in the area like a forest fire. Upon hearing of his death, a large number of his loved ones reached his house for condolence with the bereaved family.

Meanwhile, in a fierce clash between the parties, Nisar Khan a resident of Shantai Dara, was critically injured and was shifted to Tamergarh Hospital where he succumbed to his injuries. The local Jirga members have started efforts to resolve the issue and restore peace between the two rival groups.