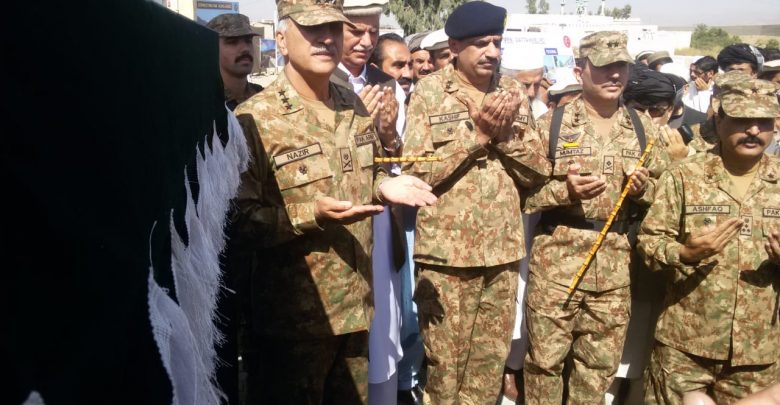 General Butt handed over keys of 1400 shops to its owners during a ceremony held here where local elders and officials of the district administration were also present.

He said that shopping centers have been constructed in the newly-built market where people would not need to go Bannu or DI Khan for shopping.

More than 11000 shops were destroyed during military operation against militants in Miran Shah alone.