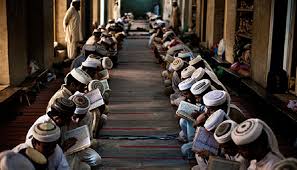 NOWSHERA, 18 May: The security forces have sealed a madrassa and arrested two persons including its patron in Nowshera over their involvement in suspicious activities.

According to sources, the religious seminary established in Khat Killi area was unregistered and its patron Qari Nazimul Islam Haqqani and his deputy Hafiz Majid Haqqani were involved in suspicious activities. The sources said solid proofs of suspicious activities of the madrassa administrators had been found.

Both the arrested persons have been taken to an undisclosed location for interrogation.