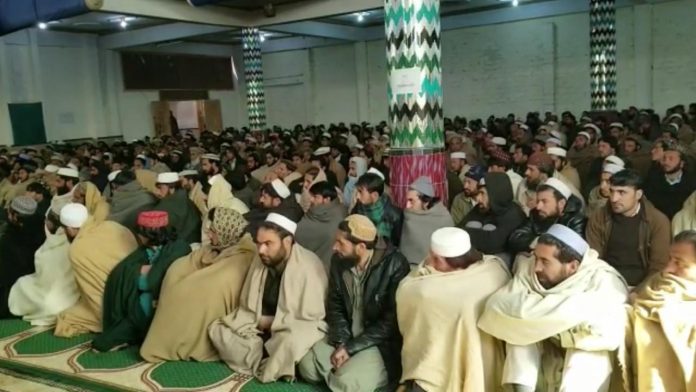 PESHAWAR: Pakistan army has reopened a Jama Masjid after six years of its closure due to militancy and terrorism in Maidan area of Tirah valley on Friday. The Masjid was reopened by sector commander Brigadier Shehryar Qureshi, who offered the Friday prayer along with hundreds of residents of the area.

The Friday prayer was led by Maulana Noorul Haq, the former prayer leader of the mosque, who thanked the security forces for opening the masjid for the public. The mosque was the headquarters of Tirah based militant organization Ansarul Islam (AI) and it got damaged in fighting between militants of Tehrik-e-Taliban Pakistan (TTP) and AI 2012 for the control of the valley.

The Pakistan army kept the mosque closed for the safety of the general public.

After the militants were flushed out from the area, and internally displaced persons were brought back to their homes in Maidan in 2013, they started demanding the reopening of the mosque for prayers.

Finally the army decided to reopen the mosque on January 25 2019 and for this they renovated the mosque to restore it to its old shape. After the news of the reopening of the mosque was circulated, hundreds of people from the nearby area rushed to see and offer prayers in the mosque.

To avoid any untoward situation, the security forces took extraordinary security measures on this occasion. Sector commander welcomed people to the mosque. The local people on the occasion appreciated the efforts of Pakistan Army for the restoration of peace in the area and ensured them they will extend all-out support to maintain peace in the country.