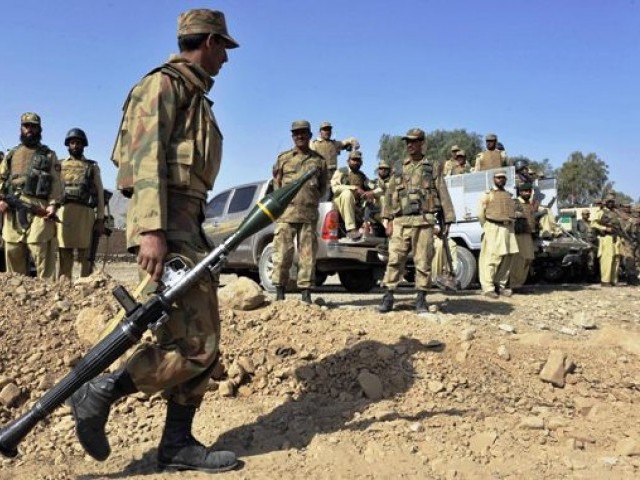 MIRAN SHAH: Three soldiers including a major were martyred as militants attacked a of security forces in Rogha Badar of North Waziristan on Monday.

Officials at the district administration said that militants ambushed the security forces with heavy weapons in Rogh Badar area of Garyom tehsil.

As a result, Major Irfan who was leading the team, soldiers Mudassir and Muhammad Hussain embraced martyrdom while another soldier Irfan was injured.

The injured were shifted to hospital through helicopter. A search operation is underway to arrest the attackers.