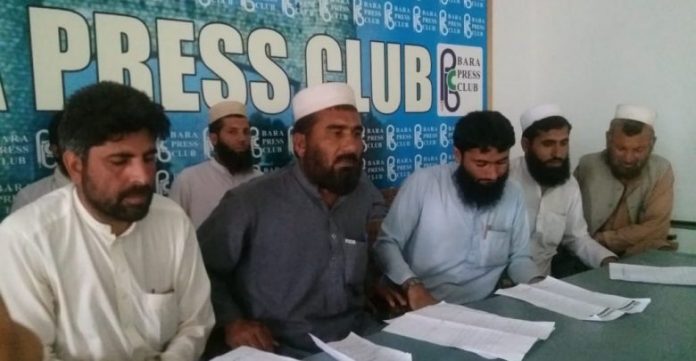 BARA:  People with disabilities asked the Khyber Pakhtunkhwa and Federal government to provide them stipends and increase their quota in governments’ jobs from two to five per cent.

These demands were made by the ‘FATA Special persons’ organization’ during a press conference here at Bara Press club, with the aim to provide a source of income to disable people tribal districts.

The president of the organization Abdullah and general secretary Noor Shaid also asked the government to established skill centres at the Tehsil level of district Khyber to make them able to earn a decent living.  They said that according to the 1973 Constitution, the government had to provide 2 per cent quota for special persons in jobs but no special person was recruited in Khyber yet.

Abdullah said that the disabled people had been living a miserable life in tribal districts and asked the federal and provincial government to start monthly stipends.

The expressed that for the last several years, they have been demanded the government for their rights but no one has paid any attention. Abdullah maintained that on one side the federal government is claiming to establish Riyasat-e-Madina while on the other hand, persons with disabilities aren’t paid any attention to make them able to earn are respectable living.

Abdullah said that their organization is a non-government organization and struggles for the rights of disabled people of the tribal districts, where due to militancy, number of disabled people has increased. They asked the government to support them financially and establish skill institution in all tribal districts, where they can learn the art of different handicrafts.