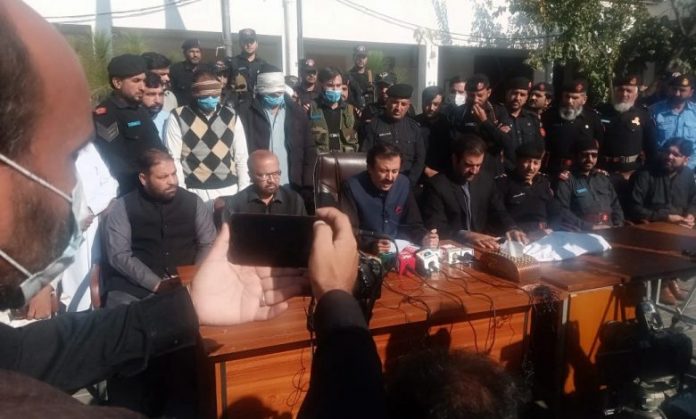 Deputy commissioner Malakand Anwarul Haq in a press conference at the Levies Lines announced the arrests in connection with murder. Two unidentified attackers had shot dead citizen journalist Muhammad Zada last Monday evening at the gate of his house.

The official identified the shooter as Zubair, a resident of Skhakot while the other Zubair was riding the bike.

He said that they have arrested the accused after investigation and geo-fencing of the crime scene. Mr Haq said that both accused have confessed murdering the citizen journalist in initial investigations.