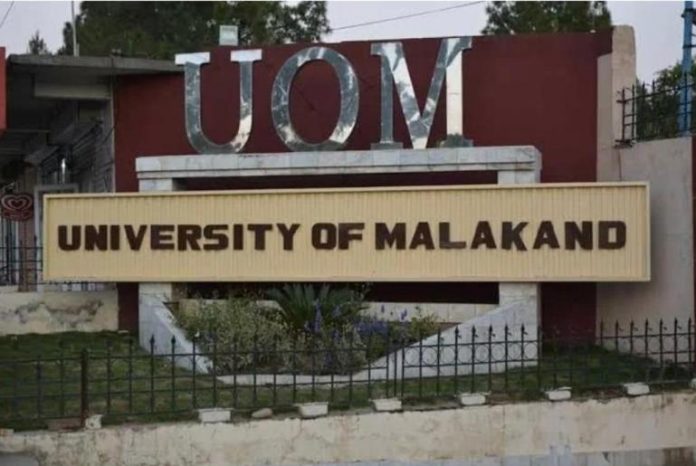 CHAKDARA: The Registrar Office at the University of Malakand has issued a letter to 32 faculty members, which contained reference to the Governor Inspection Team’s letter No 16-689/Inq/GIT/21/743-45, dated 30/06/2021, who initiated a peaceful protest against Vice-Chancellor Prof Dr Gul Zaman for his alleged wishful amendments in university’s statutes.

It may be mentioned here that Khyber Pakhtunkhwa Governor Shah Farman has already constituted an inquiry body against the VC for his alleged corruption in university’s development projects, illegal promotions and hiring, in addition to alleged charges of harassment of teachers, particularly those involved in peaceful protest against him. The simmering tension between the VC and faculty members over the former’s efforts to amend the statutes as per his whims came to surface when the VC threatened protesting faculty members of dire consequences.

Also, university sources said the teachers demanded the letter of the Governor Inspection Team received by the VC, arguing that both VC and teaching fraternity are parties in the inquiry initiated by the governor and if the VC could see the content of the letter then why can’t the teachers see it. The teachers, on the other hand, have been in limbo, stating that they are deliberately kept in the dark by the VC.

“We have already been facing with victimisation at the university as the VC through his registrar has constantly been harassing us by issuing show-cause notices and pressuring head of the department(s) to give registrar office in writing that we don’t perform our duty,” one of the faculty members said.

“If the same situation continues we would register our protest against the university administration in front of Governor House in Peshawar,” another faculty member said.