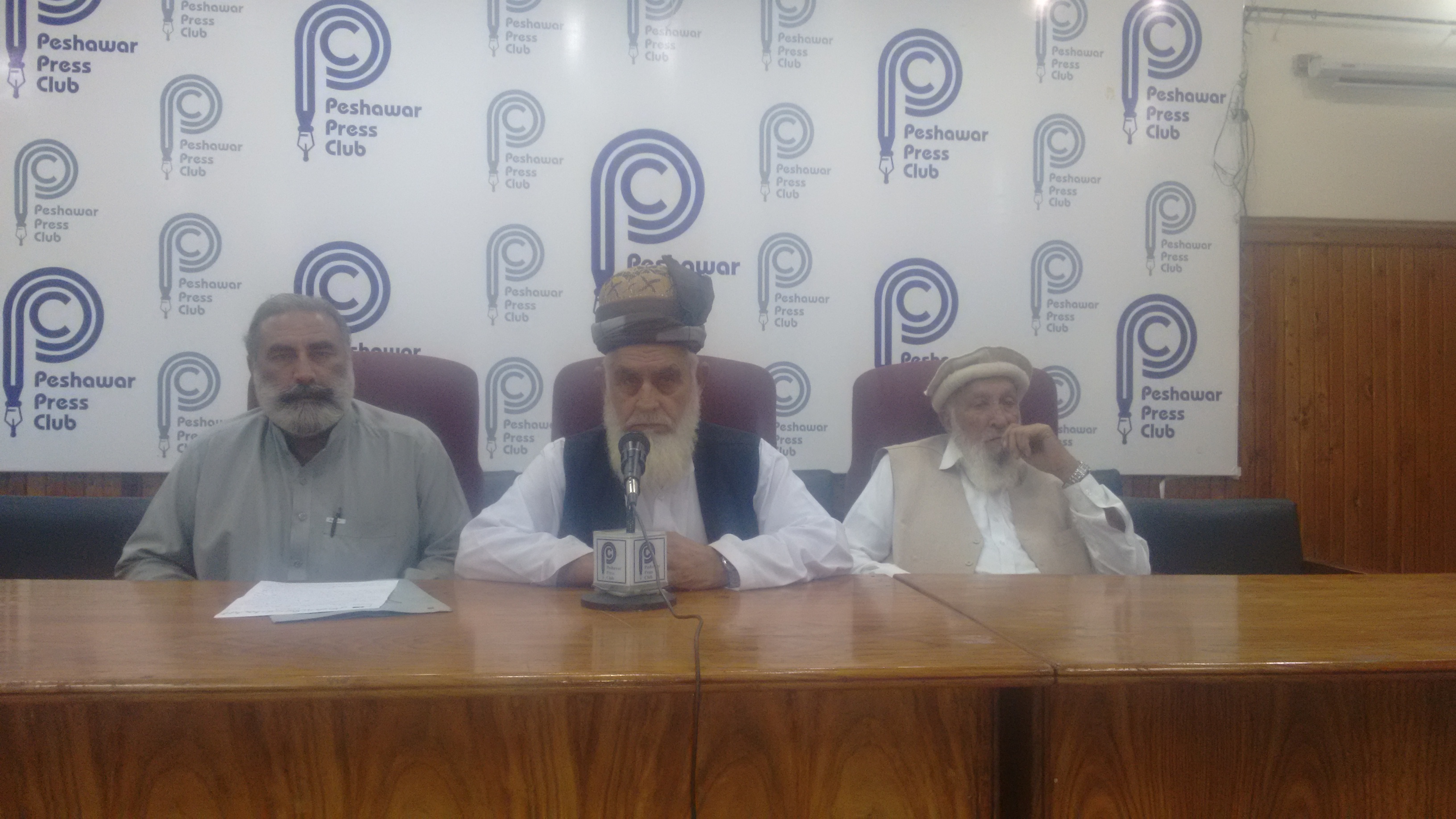 PESHAWAR, 23 October: Elders of the Malik Din Khel tribe of the Bara subdivision inKhyber Agency have demanded of the government to release special package of non-food items for their fellow tribesmen.

Speaking at a news conference in Peshawar press club on Monday, Haji Mughal Baz Khan, Haji Dawood Khan and other tribal elders said that the political administration had announced a special package of non-food items comprising blankets, quilts, nets and other household items for the returning IDPs back in 2015.

They added that the IDPs of seven tribes were given the package worth Rs12,000/- but the 17000 displaced families of Malik Din Khel tribe were not given the same.

“We have repeatedly approached the FDMA and UNHCR authorities to get the relief package but to no avail,” Haji Mughal Baz said.

“We request the Khyber Pakhtunkhwa Governor Iqbal Zafar Jhagra to provide the package to our tribe’s people as they were also displaced due to the military operations. If we did not get our right, we would be forced to agitate for that,” the tribal elder threatened.