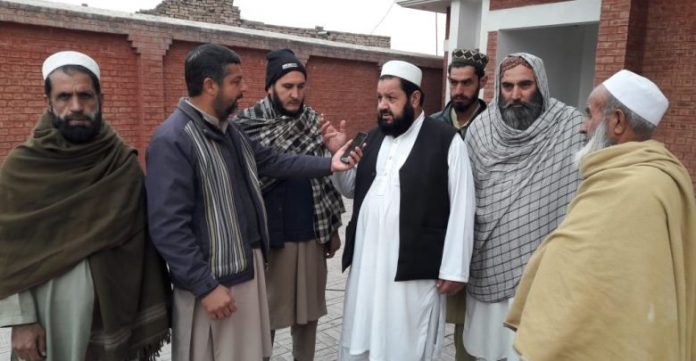 BARA: The people of Malikdinkhel tribe of Khyber tribal district have called upon the government to initiate the survey of damaged houses within 15 days.

Malikdinkhel social activist Jaffar Khan Lala along with other tribesmen said while talking to TNN that the tribesmen will block the Pak-Afghan Highway if their demand was not accepted. He said the people from Malikdinkhel are living in Peshawar for the last 10 years because they cannot start construction work on their damaged houses before completion of the survey.

The social activist, who is also a member of the ruling PTI, said that over 60 houses were damaged in Chargay Dagray area inhabited by Malikdinkhel tribe, but these houses have not been included in the survey.

Jaffar Khan alleged that the survey team accepts bribes for favouring people. He said the affected people are poor, and cannot pay bribe to the survey team. He said a team came to his area when the area elders were not present. He said the team did not return since then.

Three days ago, the district administration also agreed to conduct fresh survey of the damages of Shalobar tribe.

A delegation of Shalobar Council met Additional Deputy Commissioner Jamshed Khan at his office during which the issue of compensation for damages was discussed. The delegation members said 75 percent houses in Shalobar were not included in the previous survey.