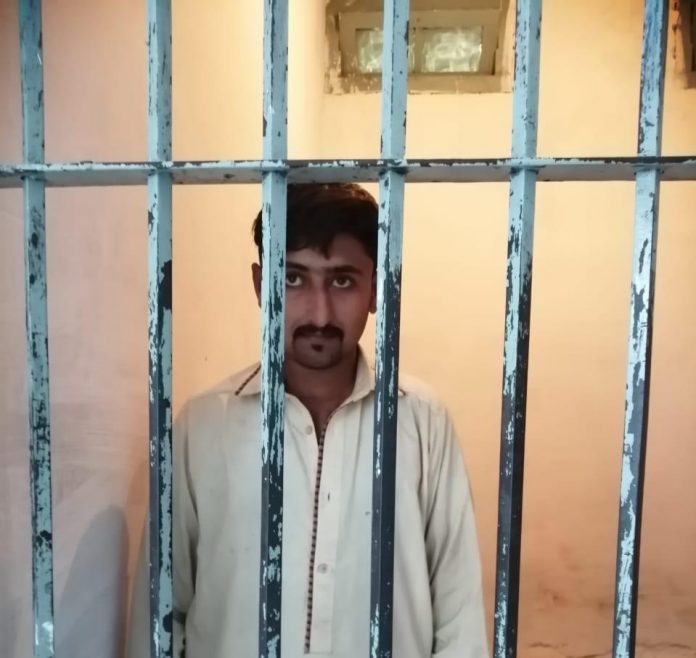 MARDAN: A man has been arrested in Bakhshali Pandheri area of Mardan on charges of trying to sexually abuse a four-year-old girl.

Suleman, father of four-year-old girl Muskan, told police while filing a report in Chora Police Station that his daughter went out of home for playing on Sunday. He said a person gave a note of Rs10 to his daughter and took her to a field with the intention of sexually abusing her. He said he and his brother came out of the house to search Muskan. He said they asked from a scavenger whether he has seen any little girl around. He said the scavenger told them that he saw a man was carrying a little girl towards the fields.

Suleman said he and his brother rushed towards the field and heard the screams of Muskan. They said they immediately entered the fields and caught the man who was trying to sexually abuse the little girl. The accused was beaten black and blue and then handed over to police.

Police said the accused has been identified as Jan Muhammad who is a resident of Jehanzebabad, Bakhshali. The little girl was sent for medical check up to Mardan Medical Complex.

A case against the accused has been lodged and further investigation is underway.

Despite a media and civil society campaign and severe punishments to culprits involved in sexual crimes, such incidents are continuously happening in different parts of the country, particularly in Khyber Pakhtunkhwa.

On 10 January, four-year-old child, Khalil, a resident of Nawan Killi area of Jehangira in Nowshera, was allegedly sexually abused by his 60-year-old neighbour Muhammad Riaz.

Salman, the father of the victim child, told police that he was told by his son when he returned from work that an elderly person has subjected him to sexual abuse. Police after filing the report sent the child for medical test at the District Headquarters Hospital and arrested the accused within few hours. Police said the accused confessed his crime during initial investigation.

On 28 December, 2018, an eight-year-old girl was raped and tortured to death in Nowshera.

Police said that the tortured body of eight-year-old Manahil was found in a graveyard on Kheshgi road within the jurisdiction of Nowshera Kalan police station.

On 1 January, Nowshera Police announced the arrest of the alleged rapist and killer of Manahil.