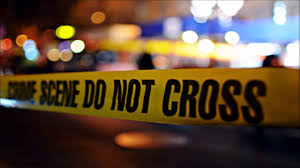 LAKKI MARWAT: In a shocking incident, two young men were murdered allegedly by their uncle over a dispute on a wall in village Teter Khel within the jurisdiction of Ghazni Khel Police station on Wednesday.

The local sources informed that the brothers have a minor dispute over a wall due to which they engaged in arguments. However, after some time, their uncle identified as Rehmat Ullah aka Jawani allegedly opened fire on them. As a result, two brothers – Irfan Ullah Khan and Hayat Ullah Khan – died on the spot.

After the incident, the local people gathered at the crime spot and shifted dead bodies to the rural health centre, however, there was no doctor available to conduct post mortem of the victims. The locals said that the dead bodies were lying in the hospital for several hours however no doctor arrived.

After which the local people shifted the dead bodies to district headquarter hospital, Lakki Marwat.

Chief Minister directs to start checking of prices in the market

PESHAWAR: Chief Minister of Khyber Pakhtunkhwa Mehmood Khan has directed all district administrations in the province to initiate stern checking of prices 15 days prior to the start of the holy month of Ramadan. During a meeting at the Chief Minister House, he directed for strict action against artificial price hikers and those involved in hoarding.

Commenting on the governance in the province, the Chief Minister stated that all out efforts should be made to ensure that the government and state perform as per the desires of people adding that the trend and practice of price hikes in Ramadan should be discouraged.

Chief Minister also stated that 4 Shelter homes will be inaugurated at regional headquarters during the next 15 days. Mehmood Khan also directed the law department to expedite work on the drafting of an anti-beggary draft bill which will help in stopping the influx of beggars from other provinces into Khyber Pakhtunkhwa.