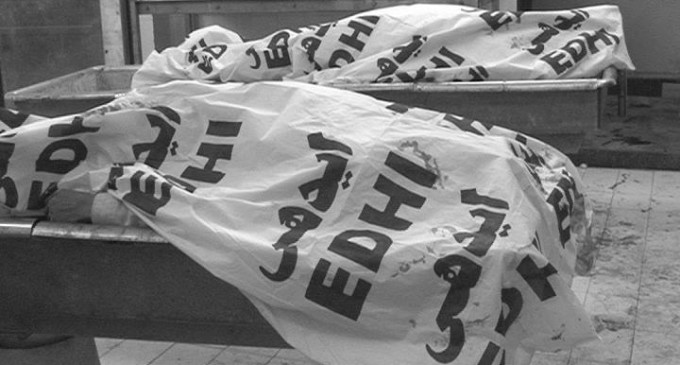 In his statement to the police, Niaz Gul said that his son Rahman Gul married 18-year old Nadia Gul and were living in a separate house.

He said that both exchange harsh words over some domestic issue where Rahman Gul shot his wife dead and latter shot and injured himself too.

He added that he died in hospital. A resident of Rahman Gul told the police that he heard the deceased fighting and then he heard two shots.

SP Shaukat Khan, Saddar circle, said that Rahman Gul in his deathbed statement said that he killed his wife after heated argument.