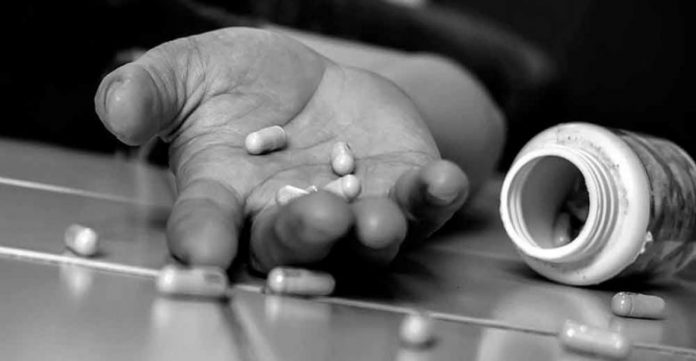 MARDAN: A young man committed suicide in Mardan on Thursday by consuming poisonous pills over rejection of a marriage proposal.

The young people committing suicide often use poisonous pills used for killing insects which are available at shops quite easily. Few days ago, a woman mixed poisonous pills in a beverage and gave it to her children and consumed it herself as well. The woman lost her life, while her two children were rescued.

Social circles have demanded the concerned authorities to ban the open sale of poisonous pills.

Senior Doctor Ayub said in an earlier interview with TNN that there are some social and cultural reasons behind the tread of suicides among young boys and girls. He said there is no doubt that parents always want betterment of their children and they make decisions for their good future, but the trend of imposing decisions regarding marriage choices on children still persists which cause such problems. He said parents should be extremely careful while deciding about marriage proposals of their children and should not impose their will upon them. He said marriage of children should be fixed only with their consent in accordance with Islamic teachings.

Dr Ayub said Islam gives right to every Muslim to enter marriage according to his choice. However, he said unfortunately sometimes the members of the society put hurdles in this practice which result into untoward consequences. He said forced marriages often result into depression and girls and boys tied in forced bond of marriage develop tendency of committing suicide.

Dr Ayub said parents should keep an eye on activities of their children and take them into confidence while making important decisions about their lives.