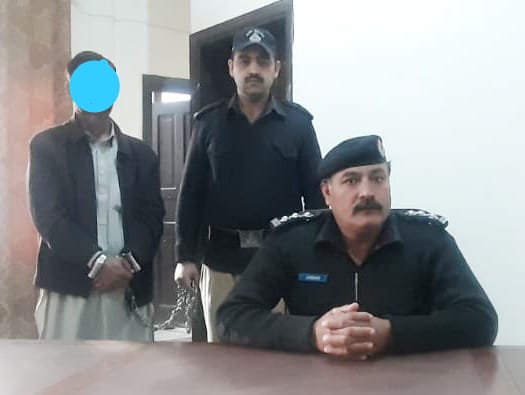 NOWSHERA: Nowshera Police have arrested a person who allegedly cut the hair of his wife to punish her for not cleaning the television properly.

According to police, the wife of Adil lodged a complaint that her husband indulged into an argument with her on pretext that she hasn’t cleaned the TV properly. She alleged that her husband tortured her and also cut her hair with a scissor.

District Police Officer (DPO) Najmul Hasnain took notice of the matter and ordered arrest of the accused. Nowshera Cantt Police conducted a raid and arrested the accused within few hours of lodging of the case.

The DPO said violence against women will never be tolerated and culprits involved in such practice will be punished.

A girl committed suicide by shooting herself with a pistol in Mardan on Thursday.

Police said a girl, Yasmeen, resident of Shah Noor Pull Wali Rehman Koroona in Takht Bhai tehsil shot herself dead with a pistol over a marriage dispute. It has emerged that Yasmeen was engaged to a close relative and she was not happy with it.

Police have filed a case and initiated investigation.

Policemen in Swat on Wednesday subjected three women, who were arrested on charges of theft, to torture.

A video of the torture has surfaced on the social media in which it can be seen clearly that the station house officer (SHO) and other policemen of Saidu Sharif Police Station in plain clothes are openly torturing the women allegedly involved in theft. The policemen, including the SHO, can be seen slapping and kicking the accused women while making them sit in a police vehicle.

A day earlier, a man and a woman were killed in the name of honour in North Waziristan tribal district.

The incident happened in Loli Faqiran village in Ghulam Khan tehsil. Police said a man allegedly stabbed to death his sister-in-law inside the house and her alleged paramour outside the house.

Police said the woman was 30 years old and was also pregnant and had two children. Police said the accused has been arrested who has who confessed the crime during initial interrogation.