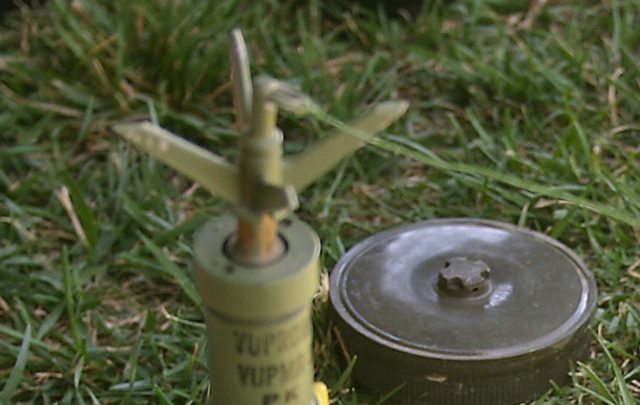 MIRANSHAH: A man and her daughter were critically injured in an Improvised Explosive Device (IED) blast in North Waziristan on Tuesday, official sources said.

The sources said the explosives were planted by miscreants in a mountainous area of Data Khel near Dagarei village. They said that Kher Muhammad and his daughter were collecting firewood when they came across an IED.

It was informed that they were nearby the IED when it went off leaving them seriously injured. After the blast, the local people rushed the injured to district headquarter hospital where they are currently under treatment.

The sources informed that they are out of danger and are being provided with good medical treatment.

For the last couple of years, the district North Waziristan are facing the menace of IDPs which have rendered a number of tribal people including the security forces. One of the oldest demand of the tribal people from the federal government is to clear land mines from the district, however, despite all efforts, so far the area could not be completely cleared from IEDs.

KHAR: Dead body of a 25-year-old female was found from a canal in Inam Khoro Chinaigai. however, so far, her identity could not be confirmed, said the district administration. The officials said that they received information about the presence of a dead body in the canal, after which they rushed a team, comprising of the members of districts administration and Levies personnel, to recover the dead body.

The dead body was shifted to the District Headquarter hospital in Khar for an autopsy. The officials said that a purse was also found with the body having Rs1,500 in it but there was no identity cards or other items from which they could confirm her identity.