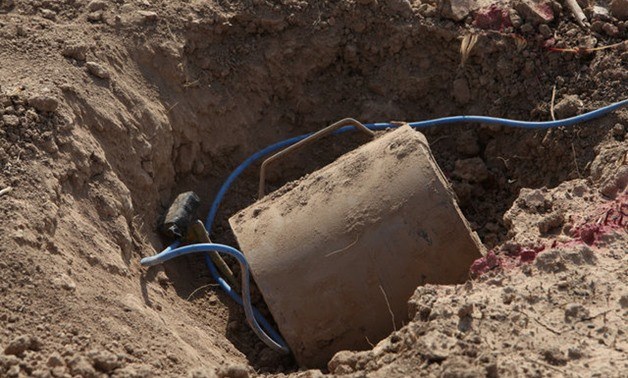 MIRANSHAH: Another incident of landmine blast happened in North Waziristan tribal district on Sunday in which a man and his daughter sustained serious injuries.

Official sources said the incident happened in Ahmedkhel village of tehsil Boya in the morning. A man named Gul Da Allah along with his little daughter Salma was walking near Noora Manza check post when a landmine exploded on him. Gul and his six-year-old daughter sustained injuries in the blast and they were shifted to Miranshah Hospital.

On Friday, two personnel of the bomb disposal squad (BDS) were injured in a landmine explosion in Khyber tribal district. On Thursday, an elderly woman was injured in a similar blast in Tabi Tolkhel area of North Waziristan. People in Waziristan say their areas are still littered with landmines.

After the return of the temporarily displaced persons (TDP), several incidents of landmine explosions occurred in the tribal districts, particularly in North Waziristan, which caused many casualties. The militants while leaving the region after the military operation planted several landmines which have trapped several people so far. This led of an uneasy situation in the region and people demanded clearing of these landmines. Hundreds of landmines have been removed from the area for which the local population has thanked the security forces.

Meanwhile, the body of a person, identified as Azmatullah, has been recovered in Khawri Narai area of Wana tehsil in South Waziristan tribal district. The body bore bullet wounds.

The slain person belonged to Tanai tribe of Zandakhel area of South Waziristan. Sources said the deceased had no enmity with anyone.

Elsewhere in Swabi district, two persons lost their lives in a firing incident on Sunday.

Police said a man and his nephew have been shot dead by unidentified armed men in Ismaila area. The assailants escaped the scene after committing the crime.

In the neighbouring Mardan district, a man died after a tractor hit him in Yakh Koi, Gambat area.

The deceased was identified as Abdullah, who hailed from Lund Khwar area. The body was taken to District Headquarters Hospital by the Rescue 1122 personnel for legal formalities.