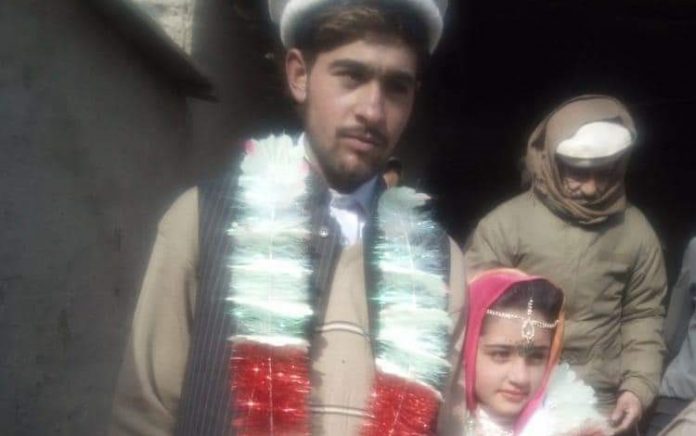 CHITRAL: A court in Chitral on Wednesday sent an accused, who forcibly married an 11-year-old girl, and Nikah Khwan on two-day physical remand to jail.

Local sources said four witnesses to the so-called marriage were also sent on 14-day remand by the court. On Tuesday, Chitral Police had arrested a 29-year-old accused in Laspur area for entering marriage with a 11-year-old girl. The arrest was made on a report filed by the girl’s father.

The girl’s father said in the first information report (FIR) that the accused lured his daughter and misguided her to enter marriage with him after taking her to his home. Police sources said a formal Nikah (marriage) ceremony was also held at a nearby village. The girl’s father said his daughter was taken to a nearby village where the Nikah was performed.

The district police chief said the action has been taken under the Child Marriage Act and FIR has been filed.

According to the FIR, the girl went missing from her house three days ago. The girl’s father said she was misguided and lured into going to the house of the accused where he entered marriage with her under bad intentions. He said the accused are his close relatives and they used to come to his house.

The girl’s father said she went to the house of the accused according to her own will as he was a relative. He also admitted that the girl also entered marriage willingly, but she is too young to take such decision, and she was misguided. He said someone advised him that the issue comes under the Child Protection Act after which he took decision to go to police. The girl has been recovered and handed over to her parents.

The father of the girl has expressed satisfaction over the police performance and demanded punishment for the accused. TNN understands that at 11, it was unlikely that the girl had reached the age of puberty and a big question marks remains on the validity of the Nikah.

Early marriages are very common in Chitral and some other parts of Khyber Pakhtunkhwa.