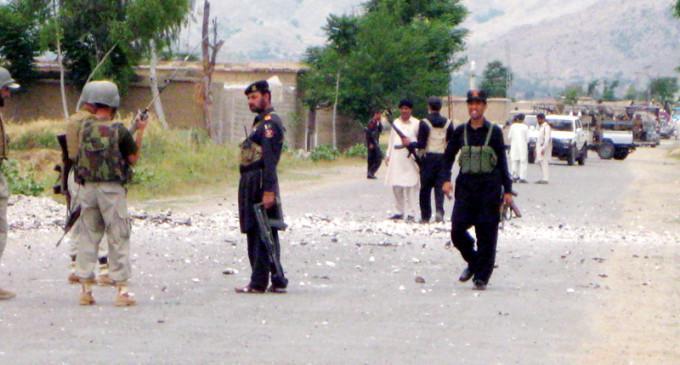 KHAR: One person lost his life in a remote control blast in Bajaur tribal district on Tuesday.

TNN correspondent reported that a remote control blast happened in Dabar area of Mamond tehsil in the morning in which one person, identified as Fazal Aleem, was critically injured.

The injured person was taken to District Headquarters Hospital Khar where doctors advised the family members to take him to Peshawar due to his critical condition. However, Fazal Aleem died on way to hospital.

The security forces reached the area and conducted a search operation. However, there were no reports about any arrest. The motive behind the incident could not be ascertained.

The blast in Mamond happened two days after a tribal elder was killed in a remote-controlled explosion in Charmang area of Bajaur.

Local sources said tribal leader Gul Dad Khan was returning home from mosque after offering prayer on Sunday when he was targeted with a remote control explosive device. The tribal elder died on the spot in the explosion.

After the incident, the security forces cordoned off the area and shifted the body to the hospital. Security forces collected evidence from the scene and launched an investigation.

A leader of the Awami National Party (ANP) with the same name, Maulana Gul Dad Khan of Nawagai tehsil, was also attacked with remote control explosion on June 18 in Dar Banro area. The ANP leader was injured along with two others in the blast.

On August 06, two soldiers, including a major, were martyred in an improvised explosive device (IED) explosion in Niag Banda area in Mamond tehsil.

Official sources said a vehicle of the security forces was attacked with an IED planted on the roadside due to which a major and a sepoy were martyred. Four soldiers, the sources said, were also injured in the blast. The martyred were identified as Major Saqib and Sepoy Maroof. The wounded soldiers included Arif, Suhail, Imran and Niaz Ahmad.

The injured were shifted to the District Headquarters Hospital in Khar. Soon after the incident, the security forces cordoned off the area and launched a search operation, but no arrests were made.