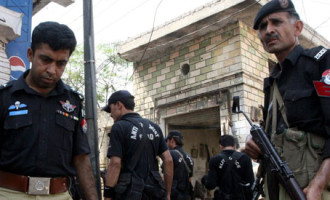 DI KHAN: Body of 27-year old man killed in the name of honour in Dera Ismail Khan was handed over to his relatives in Bajaur tribal district here on Sunday.

Hailing from Salarzai area of Bajaur district, deceased Rahmanullah was stabbed to death outside his house in DI Khan and died instantly by unidentified persons.

The police said that he married a women against the choice of her parents in his native town Mamoond and ran away. The police quoting deceased person’s wife said that she escaped unhurt as the assailants could not found her in her house.

They said that the deceased came to DI Khan 15 days ago and was working in a local hotel as waiter. He was laid to rest in his native town.