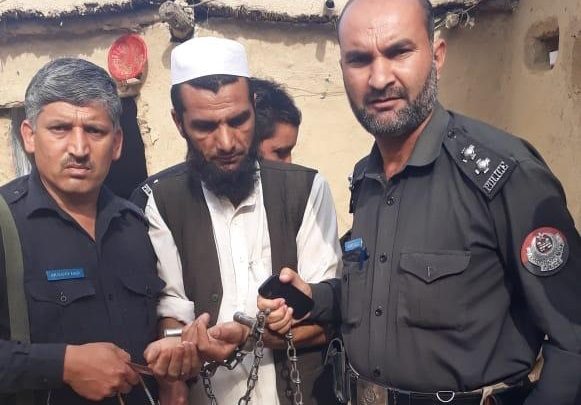 PESHAWAR: In yet another horrific incident of domestic violence in the province, a man has killed his wife, father and daughter over some domestic dispute in district Mardan on Tuesday, said the Khyber Pakhtunkhwa police department.

Police added that the man has been arrested and also recovered the axe used in the crime and started investigation into the case.

Mardan Police while providing details of the case added that the incident occurred in Dubai Adda village in Bakhshali area of District Mardan when the accused Rehman Ali attacked his wife, daughter and father with an axe and killed all of them on the spot.

The reason behind the killing was ascertained to be a family dispute, however, police said that a case has been registered and further investigation is underway. The dead bodies of the victims were taken to the district headquarter hospital for post-mortem. Deputy superintendent of Mardan police have reached the crime spot and collected all the evidence.

In such a horrific incident, on April 10, a man has allegedly killed his wife and three children because he could not pay back the debt of his failing business in Tank, one of the impoverished districts of Khyber Pakhtunkhwa. The man identified as Syed Rasool, a jeweller by profession, after killing four members of his family also shot himself dead in Mohallah Qazyan.

Domestic violence is rampant in Khyber Pakhtunkhwa, especially the violence against women in homes. To control the situation, the KP government is soon going to pass its domestic violence bill which will punish “abusive men and suspicious wives.”

The has already been presented in KP Assembly. Under the bill, a man who beat up, their wives can be sentenced to prison and a heavy fine will be imposed on them. The bill also contains a clause against “suspicious wives”. The law will fine women who falsely accuse their husbands of wrongdoing.