HANGU: A man shot dead his step-mother over a domestic dispute in Hangu district of Khyber Pakhtunkhwa on Friday, police said.

According to police the incident happened in Speen Khawri area. The father of the accused had entered second marriage few days ago and he was not happy over it. The accused opened fire on his step-mother after a verbal clash due to which she died on the spot. The accused escaped the scene after committing the crime.

Police have filed a case and initiated search for the culprit.

Meanwhile, a dead boy has been recovered from a residential quarter in Serai Naurang area of Lakki Marwat.

Police said the deceased was fastened to a bed and he died due to starvation. The victim has been identified as Sahib Dad. On the complaint of father of the deceased, police have registered a case against Irfan, a resident of Tanchi Abad, and initiated investigation.

The father of the deceased told police that Irfan had kidnapped Sahib Dad, his wife and two daughters few days ago. He said when his daughter-in-law managed to return home and told that her husband was in that quarter. He said when they broke the locks of the quarter they found that Sahib Dad was lying dead there. He was fastened with a bed through ropes for several days and he died due to starvation. He said his two grand-daughters are still missing.

The reason of the rivalry between the accused and victim family could not be ascertained.

In Kurram tribal district, a tribal elder Malik Muzaffar Khan Masozai and his son sustained injuries in a firing incident.

Local sources said Malik Muzaffar Khan and his son Haider Zaman were travelling in their car from Kochi Bazaar to Sadda Bazaar when unidentified armed men opened fire on their car. The father and son sustained serious injuries in the firing. 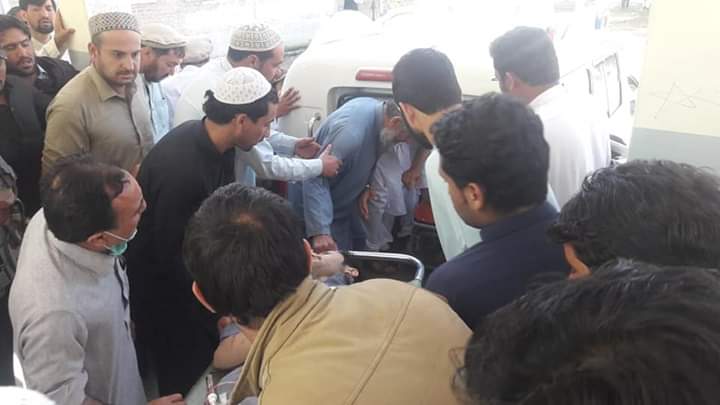 The local people took the injured father and son to District Headquarters Hospital Sadda from where they were shifted to the Lady Reading Hospital (LRH) Peshawar due to their critical condition.

The assailants fled the scene after committing the crime. The district administration has initiation inquiry into the incident. However, no arrest has been made so far.