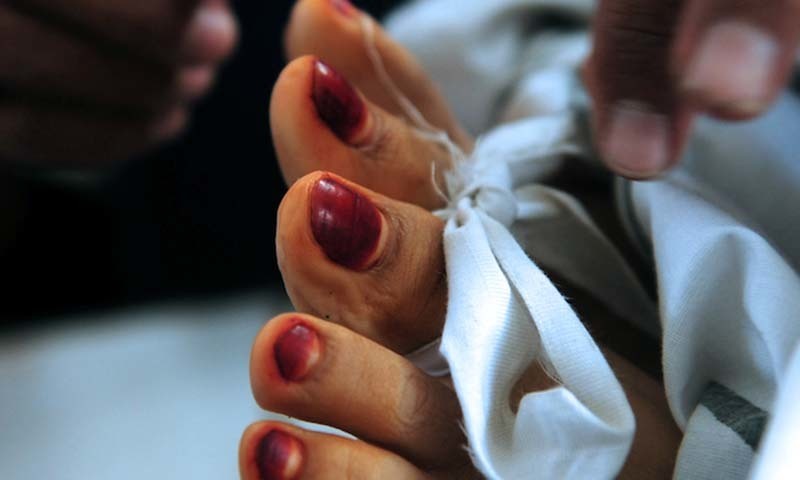 CHARSADDA: An ice-addict gunned down his wife before committing the suicide in Sardheri area of Charsadda district on Saturday.

The police said that the incident occurred after Niaz Muhammad and his wife quarrelled over domestic issues.

The police added that Niaz was an ice-addict and this addiction was the main reason of differences between the couple.

They said that they exchanged harsh words after which Niaz took out pistol and shot her dead and committed suicide.

The police have registered a case. It merits a mention here that a drug addict had killed two women and two children in Talasha area of Charsadda.