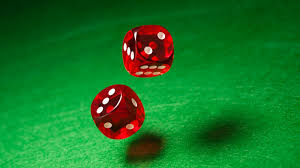 KOHAT: In a shocking incident, a gambler has lost his 16-year old daughter during a marathon gambling session in the jurisdiction of Riaz Shaheed police station.
Quoting Saadia Maseeh, mother of the young girl Naina reported at the police station that her husband Iqbal Gill has lost his young daughter in gambling.

She claimed that Gill, a compulsive gambler, was locked in a gambling with his friend Shakir and after losing money he put his girl at stake and lost her.
She told the police said that Shakir, a resident of Surezai area of Hangu district, came and took her daughter.
As per initial information, the police claimed that the girl seemed to have eloped with her lover in Hangu.

Station House Officer Salamuddin said that they have been investigating the case from every angle and will recover the girl.

The police arrested Iqbal Gill who was shifted jail after producing him before a local magistrate.